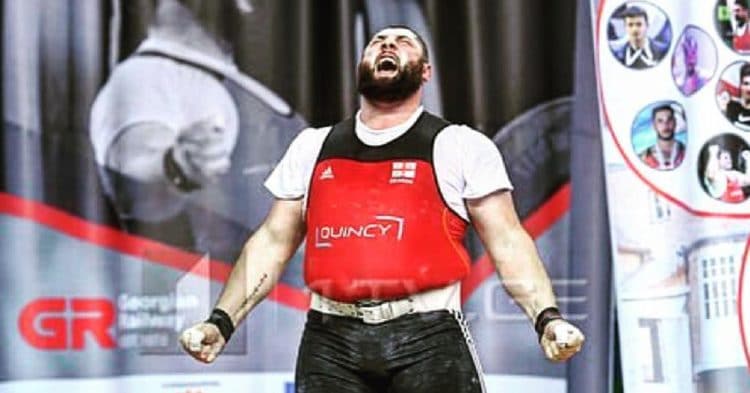 Lasha Talakhadze Is already considered one of the greatest of all time when it comes to weightlifting. However he showed that to be true yet again, when he went head-to-head in a bench press and battle for the ages.

Since that performance Lasha has not slowed down either, doing some impressive things in the gym and showing that he is still improving everyday. That is crazy to think about considering He already has the record for the heaviest snatch and the heaviest clean and jerk, among many others.

Recently, Lasha Talakhadze decide to put himself through a different type of test. He faced off against Doctor of the Georgian Weightlifting team Giorgi Tchintcharauli in a battle of the bench press as they The race to complete three different sets of weight.

In a video posted to Giorgi’s Instagram, you can watch as these two square off and test themselves by doing as many reps as they can, bench pressing three ascending amounts of weight, with Giorgi Tchintcharauli doing a slightly higher weight on the final set. The three sets go as follows:

With that said, the two got the friendly competition underway. When it came to the first set, each man hit 10 reps, starting things off strong.

Talakhadze began to pull away with things in the second set, scoring five reps to Tchintcharauli’s two. The final nail in the coffin came when Lasha pressed the 180kg for a triple, juxtaposed to Giorgi’s failed attempt to bench 182kg, solidifying Lasha’s victory in this contest.

This was a fun back and forth to watch, and it solidified the fact that Lasha Talakhadze is one of the strongest weightlifters in the world. To see him hit that final set for three reps, after doing 15 reps with the other two sets, not only shows crazy strength, but unyielding cardio as well.

While this may have just been a friendly, fun day at the office, Lasha clearly still has a high competitive drive. It will be interesting to see him compete for real, sometime in the bear future.