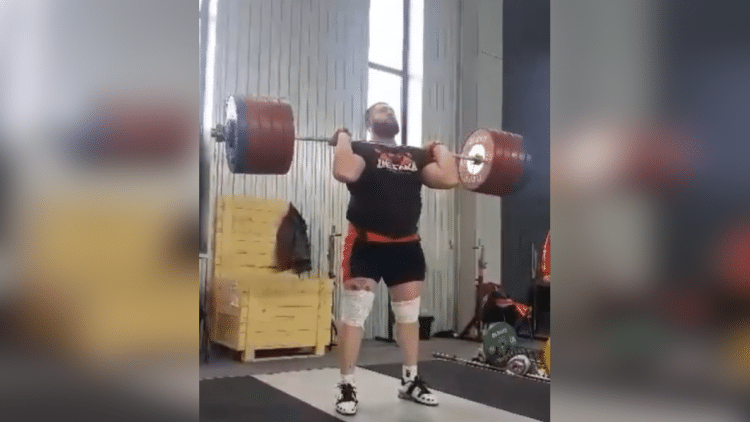 Lasha Talakhadze has already broke some serious records this year. That trend continues, with a mind blowing clean and jerk!

Talakhadze shocked the world earlier this month, at the  IWF World Championhships. It was here, that he managed to set three new records. Not least of which, was an incredible new record for heaviest total lift. He managed to hit these unbelievable numbers:

Nevertheless, Lasha Talakhadze is not stopping there with his unbelievable lifts. In a recent video, uploaded to Instagram, he has raised the bar on his clean and jerk. In the video, he manages to lift a ridiculous 588.6lb/267kg!

Now while the video was taken during training, it is still an incredible showing. Not only was this lift 3kg heavier than the record Talakhadze set earlier this year, but it is the largest clean and jerk ever recorded on video. Moreover, it could very well be the heaviest to ever be completed. So even though this was not official, so no records are technically broken, this still implies big things for the future.

With performances like this, it seems that Talakhadze is primed to keep breaking more records. This video was recorded while he was training for the 2019 Europe Championships, where he had set new records. However, he continued improving, and broke those records at the aforementioned World Championships.

It seems likely that we will be seeing Lasha Talakhadze make an appearance at the 2020 Olympics. Additionally, if this is the case, he will more than likely continue breaking more world records. Only time will tell just how far he will be able to go with his unbelievable strength.

All The Best Memes To Describe CrossFit Open Workout 20.1 Troubles