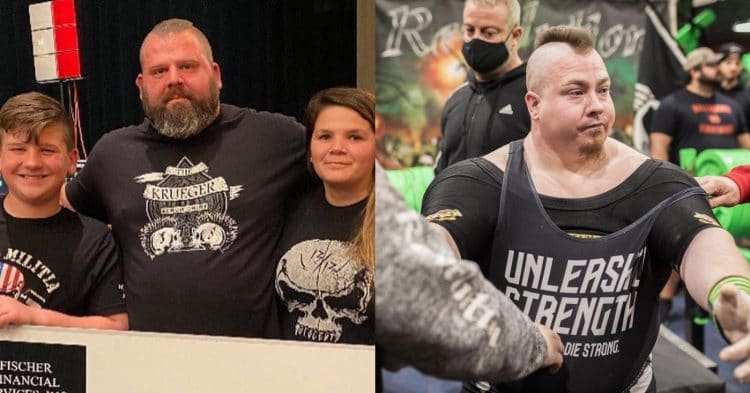 The Baddest Benchers contest went down over the weekend, at the Nathaniel Center in Kingwood, Texas. By the time the contest ended, Will Barotti and Jimmy Kolb scored epic performances that will make your jaw fall to the floor.

Heading into the Baddest Benchers meet, fans knew that they could expect some fireworks. Aside from the aforementioned Barotti and Kolb, there were several other highly skilled powerlifters looking to show their skills.

With this event being a bench-only meet, the anticipation was high to see which of these athletes would be able to prove their skills as the best pressers in the world. The roster was stacked with talented athletes, hoping to prove their worth.

In the end, it was Will Barotti who would score the victory with an incredible performance in Texas. This was not all that surprising, considering he already held the record for the heaviest bench press ever.

While he was not able to further extend that world record over the weekend, Will still hit a staggering 1090lb (494.3kg) bench. This was still enough to win him the show, and cash in a $10,000 check, which he showed off on Instagram.

Related: Will Barotti Not Satisfied Having Bench Pressed The Most Weight Ever: ‘I Want Even More!’ (EXCLUSIVE)

Coming in second place behind Barotti was Tony Carlino, who fell short of Will’s numbers by just 5lb. Nevertheless, his 1085lb (492kg) bench was still enough to land him in second place, where he earned $5,000 and beat his previous PR.

Another performance of note came from none other than Jimmy Kolb, who ended the contest in third place. That said, even though he did not win, Jimmy did extend the world record that he set in January.

Unlike Will Barotti and the rest of the competitors at the Baddest Benchers contest, Kolb was the sole athlete competing in a single-ply suit. So when he pressed a whopping 1080lb (489.7kg), he surpassed his previous world record by a strong 30lb.

You can watch Jimmy Kolb’s bench press in the video below.

Another strong showing over the weekend came from Richard Putnam, who also benched over a thousand pounds. His 1025lb (465kg) bench landed him in fourth place, earning him $1,000.

All in all, this competition was undoubtedly a success, with everyone giving their all on the platform. In particular, congratulations are in order to Will Barotti for winning the contest, and Jimmy Kolb for extending his world record.