Life and accomplishments of Layne Norton 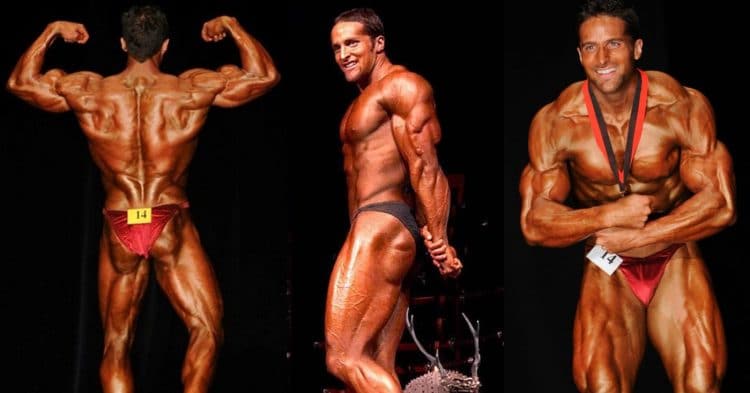 Layne Norton is a fitness model/personality and coach. This is his complete profile, biography, training regimen, diet plan, and more.

Layne Norton was born and raised in Evansville, Indiana. He currently resides in Tampa, Fl.

Like many big names in fitness, Norton was a skinny kid who started lifting in high school to build up his confidence. And the fact that he was often bullied in school pushed him even harder to build size and strength.

So he utilized some sand weights following his Freshmen year of high school which is usually the most challenging.

But then by 19, he pretty much knew that this would be a passion of his. Norton took it upon himself to utilize his resources in an effort to learn everything he could about building his physique and subsequently, began competing at bodybuilding competitions.

Norton won his first competition in the 2001 INBF Mid America Muscle Classic Overall Teen Champion, completely surprising himself in the process. And this would ignite a fire inside of him of which he’d pursue bodybuilding even further, subsequently competing in several shows shortly thereafter.

As a result, he went on to win six more shows.

Layne Norton also has an impressive powerlifting record having won six competitions from 2009 to 2015. In the process, he achieved the IPF 93 kg class World Record Squat of 303 kg/668 lbs of which he still holds the record.

Other than his competitive career, Layne Norton has several other notable accomplishments. He earned a BS in biochemistry and a PhD in Nutritional Sciences. As a result, he has made several contributions via his own scientific publications.

Norton is also a bodybuilding, Figure, and Physique coach. In addition, he has his own supplement line, Carbon By Layne Norton, and is the founder of Biolayne LLC.

In 2004, Norton appeared in the Repetrope DVD Prime Cut Volume 1, and in 2011, he released the Layne Norton Unleashed DVD.

Layne Norton is known for designing a program called PHAT which stands for Power, Hypertrophy, Adaptive Training. The goal here is to obviously build lots of strength but to also pack on the muscle simultaneously. Because size and strength typically go hand in hand.

Note: This following regime is based on a 5-day training regime.

These two days involve heavy lifting, using movements like squats, bench presses, and pull-ups to maximize muscle recruitment. All of the work will be in the 3-5 rep range, with 3-5 sets per exercise. Longer periods of rest (5 to 6 minutes) are necessary to help your body recover between sets and will make it possible for you to lift the maximum amount of weight.

This is VITAL for your body to recover and repair your muscles between workouts.

Day 4: Back and Shoulders Hypertrophy

On these three days, you will do more “speed work”, lifting lighter weights (65-70% 1-Rep Max) in higher volume (3 sets of 6-8 reps) are a much faster pace. This speed work will help to build explosive strength and will stimulate effective muscle growth. You only need shorter rest periods between sets, meaning you can get through the workout more quickly and add more sets to your training sessions.

Once again, you need to give your body a chance to recover from the intense workouts of the previous days.

Norton’s workouts will vary depending on his goals. For example, sometimes he’ll just do a squat session. Other times, he’ll train with a wider variety of movements. The exercise tempos can also vary.

He’ll usually start by warming up with a few accessory exercises and then he’ll do a few sets of the main exercise to build up to much heavier poundages. So with squat, for instance, he’ll start with 135 pounds and move up to loads of 600+ lbs.

As a natural bodybuilder and powerlifter, nutrition is of utmost importance. And because of Norton’s background, he knows exactly what he needs to stay in shape and to perform at a high level.

But depending on what he’s trying to achieve, his diet varies as it should.

So for example, when he’s preparing for a contest, he’ll up his protein intake to about 275 grams, reduce his carbohydrate intake to 100-250g, and his fat intake is usually around 45-60 grams. In the offseason, he’ll take in roughly 250 grams of protein, 450 grams of carbs, and 90 grams of fat.

Layne Norton has come a long way in his fitness journey from a skinny kid who was bullied to being a top name in fitness. He has done a lot in his years being involved in the industry and is still a go-to source for everything training and nutrition.

As a natural athlete, he has inspired so many people around the world while doing what he’s passionate about. And we’d say he’s done a darn good job, most certainly living up to his potential.