Hunter Labrada will compete in his first Olympia this year and wants to stand next to the legends Phil Heath and Dexter Jackson. 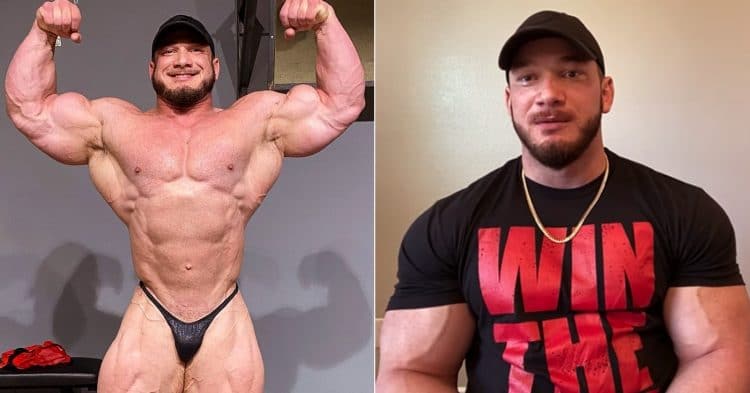 Hunter Labrada, son of the legendary Lee Labrada is preparing to take on his first Mr. Olympia contest after winning the Tampa Pro this year in his Pro debut.

The 2020 Mr. Olympia competition will be his seventh show ever and the young, up-and-coming Open division bodybuilder has made incredible progress so far and is someone to watch on the big stage in just a few weeks.

But this year’s show is going to feel a lot different for the world’s top competitors because of the global pandemic. Not to mention, the location for the event was recently changed from Las Vegas, Nevada to Orlando, Florida due to gathering restrictions.

Although, still, only 2,500 can be in attendance whereas last year saw over 65,000 people. But the show must go on and Labrada is planning to bring it against the world’s elite.

He even told Dave Palumbo of RXMuscle in a recent interview that he prefers the Sunshine state anyway which is good for his mental prep.

“I actually prefer Orlando to Vegas just cause I’m not a Vegas person, I’m a Texas boy so it should be nice and warm and humid so that bodes well for me. That and I’m in a house with a full kitchen, and really able to unwind, relax and set up base here instead of at a hotel for six days,. That goes a long way with me.”

Labrada will also have legendary support from his father, who was and is still known as one of the best posers in bodybuilding history, having beaten many of the best during his career.

But Labrada is super-focused and he’s not content with just having the opportunity to compete at the biggest bodybuilding show on planet earth.

“Not going for the experience that’s for damn sure. Definitely not feeling the way that I’m feeling now.”

You could tell in his voice and demeanor that he definitely meant what he said.

Palumbo asked him to imagine himself in the first callout and who he’d most want to stand next to on stage, and it made sense that the iconic Dexter Jackson was at the top of his list since it may be his last show.

The other was pretty obvious and is none other than 7x Mr. Olympia Phil Heath who will be looking to make history in his return after taking last year off following his first defeat since his first win back in 2011.

It may not happen in the callouts but there’s always the posedown.

“Tampa I put people on notice, I was for real and looking forward to showing people that I belong at this show and will be at this show for a long time,” he explained.

But he’ll also have to stand next to last year’s champ Brandon Curry, runner-up William Bonac, and several other top-tier competitors. It’s definitely not going to be easy to place well but Hunter Labrada has lots of promise and seems to be revved up for the 2020 Olympia.

Check also: Final List Of Competitors Qualified For 2020 Mr. Olympia In Every Division