Lee Priest says that he is trying to fight Shawn Ray for charity, and after seemingly accepting the offer, Shawn has now changed his mind 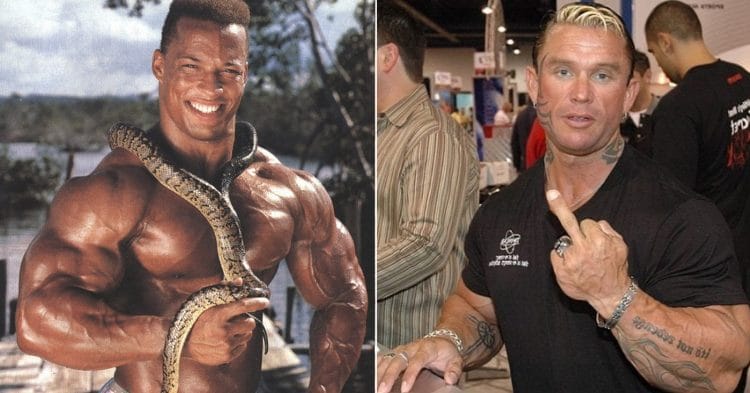 One of the worst kept secrets in all of bodybuilding, is that Lee Priest and Shawn Ray do not exactly get along. Now it seems that there is a possibility of the two settling their differences with fisticuffs, and doing it for charity.

Priest has built a reputation in the bodybuilding community for being an outspoken person. Love him or hate him, there is no denying that Lee speaks what is on his mind, even when it gets him in trouble.

One notable rivalry that Lee has had over the years, is between he and fellow bodybuilding legend Shawn Ray. The two have shared more than their fair share of words over the years, with their rivalry only amping up after Lee’s injuries led to him being unable to compete again.

Now it seems that Lee Priest has found a different way that he can settle his beef with Shawn Ray. Following in the footsteps of the likes of Hafthor Bjornsson and Eddie Hall, Lee challenged Shawn to a fight for charity.

It would appear that Lee is taking this callout quite seriously, too. He has been sharing some training footage to his instagram, showing his hands while he hits the heavy bag.

That being said, it seems like Ray is not particularly interested in fighting Priest. Speaking with Fitness Volt, he had the following to say, when asked if he would fight Lee.

“Negative. I work Olympia weekend promoting bodybuilding while he wants people to pay attention to him 🙄”

This sentiment was backed up by Lee Priest, who said that Shawn had initially said that he was interested fighting Lee, but has since backtracked. Speaking with Fitness Volt, he had this to say about the situation:

“Shawn said no after saying he would in video. But now he saying no”

This is the same thing that Priest said when speaking about the incident in a recent interview. Here he discussed how Shawn initially said yes, in a video that was played during the interview, before walking that back.

“Absolutely. Anywhere. Except Australia because I’m not coming down there. Set it up. I’m ready,” Ray said in the video that was shown.

It is unclear whether or not Lee Priest and Shawn Ray will actually fight each other, but it sure seems like Lee is interested in the bout. Either way, the beef between these two will likely never end.