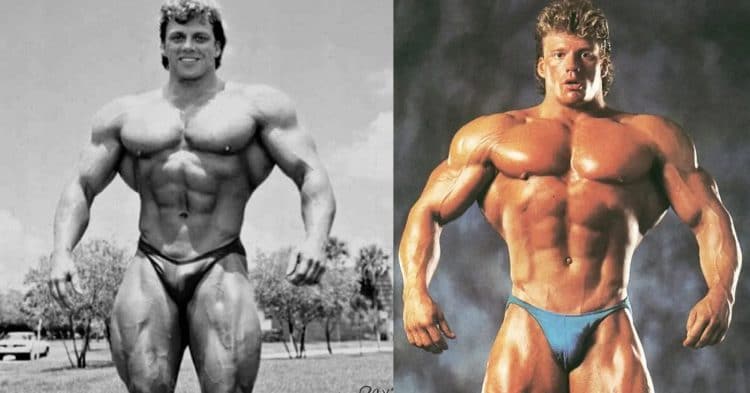 We’re very sad to have to report on yet another death in the bodybuilding community, with the passing of legendary amateur bodybuilder Matt Mendenhall. He was 61 years old and the cause of his death was not revealed at the time of writing this article.

Mendenhall, who earned the nickname ‘Mr. Genetics’ during his prime bodybuilding years, was known as one of the greatest bodybuilders to have never turned Pro.

In fact, eight-time Mr. Olympia Lee Haney, who he competed against, has said that he’s never seen anyone as genetically gifted as Mendenhall.

“One of the people that I kept my eye on that I felt was the most gifted bodybuilder that mother nature said ‘here it is’… was Matt Mendenhall” Haney said. “I have never till today seen a physique as complete, as genetically gifted as Matt Mendenhall”.

“Matt was a walking He-Man, he was absolutely beautiful”.

Mr. Haney wasn’t far off. Mendenhall had a superior structure and muscle insertions that made him stand out no doubt, even in the presence of other legends such as Gary Strydom, Mike Christian and Bob Paris, and other top talent.

Read: Top 5 Bodybuilders With The Best Genetics Ever

In addition to an impressive physique, Matt had an overall appealing look and as a result, was always one of the favorite athletes to step on stage.

Matt grew up in Ohio with siblings, three of which competed in bodybuilding. But he loved football and pole vaulting. When he was 15, a pole vaulting accident almost caused him to have to get his forearm amputated.

However, the resilient young stud started training with weights and made a full recovery to the surprise of many.

At 17 years old, he competed in his first competition in high school, the Mr. Ohio School show, of which he won with no experience.

This set the stage for him to want to pursue bodybuilding.

In 1982 and at the age of 22, Matt Mendenhall went up against Lee Haney and lost to the eventual 8x Mr. Olympia.

Mendenhall came close to getting his Pro card on three separate occasions, and his loss to Mike Christian at the 1984 NPC Nationals was a controversial one in the eyes of many.

He did end up winning the 1985 USA Championships in the Heavyweight division, earning his a ticket to the World Games, where he came up short to Berry Demay.

The genetically-blessed Mendenhall suffered from illnesses during his competitive career and on December 8, 1984, he was involved in a car crash that ejected him through the windshield and onto the street.

Apparently, he did not suffer any serious injuries and while he returned to stage on several occasions following the accident, Matt wasn’t quite the same, as was evident by his placings in subsequent competitions.

He’d eventually stop competing to operate a supplement company and then returned to the stage one last time at the 1991 NPC Nationals but finished in a disappointing 5th place.

After that, he worked as a personal trainer.

The death of his death is very saddening and we’ve lost another legend of the sport.

Many have acknowledged his passing.

“Sad to report the passing of Matt Mendenhall.

We pass our warmest condolences to Matt’s family, friends, and fans.

Another big loss for the bodybuilding world.”

We’d like to offer our deepest and sincerest condolences to the family and friends of Matt Mendenhall, a legend.