Lionel was detained after Eric Favre's arrest for steroid trafficking. 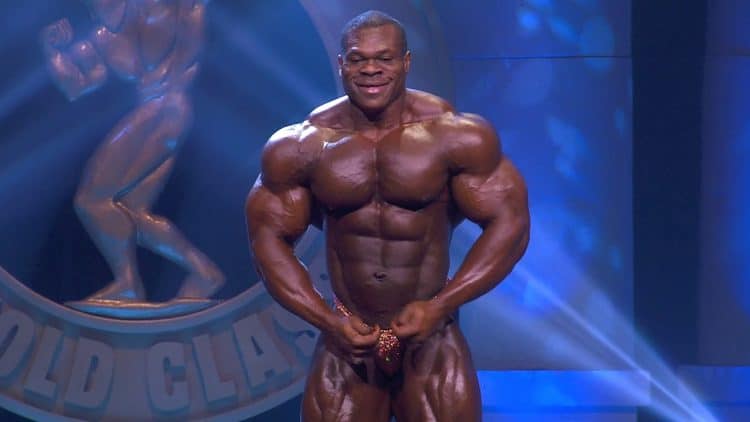 Beyeke’s coach and French businessman Eric Favre was arrested on allegations of steroid trafficking and this directly affected Beyeke’s ability to compete this year as he was detained at the airport and held for nearly a week.

But Lionel Beyeke has issued a statement of how the situation unfolded on Instagram and despite these unfortunate circumstances, he’s still optimistic about his future…

“hello my friends I want to apologize for for my absence in Brazil. my sponsor has problems with justice. and the police put all the athletes of the team and all those collaborators … in detention. I was stopped at the airport for my departure in Brazil on Tuesday 9th April at 8am. I was released on Monday. and I did not have access to my cell phone. I really wanted to apologize for everything. I’m really disgusted, it’s going to be 2 competitions or I’m getting ready and at the last oneminute, there is a problem. but I trust God because I know that everything God does is good.
All my support goes to #ericfavre. in my opinion is not a drugs dealer like they said.”

Eric Favre is a big name in France, especially in the fitness industry and he also coaches Pro bodybuilder Morgan Aste but now his legacy may be tarnished if he’s charged with drug trafficking.

His Pro qualifier show “Eric Favre Festival Sport Sante” was cancelled amid his arrest which was a disappointment to many but now he’s got much bigger issues to tend to.

But hopefully we see Lionel Beyeke back in action soon after missing half of 2019, if everything goes his way.

The 2021 Arnold Classic has a lineup that has been stacked enough to make fans water at the mouth with...

The 2020 Romania Muscle Fest Pro is upon us, and the competition is promising to be surprisingly exciting. This is...

Lionel Beyeke is a French bodybuilder, known for his impressive physique. Now that he is able to return to the...

It would appear that the 2020 Arnold Classic has taken another blow, as two of the top competitors are unable...