Logan Franklin reveals the intense back workout that he uses to prep for competition, while explaining where he looks to compete next 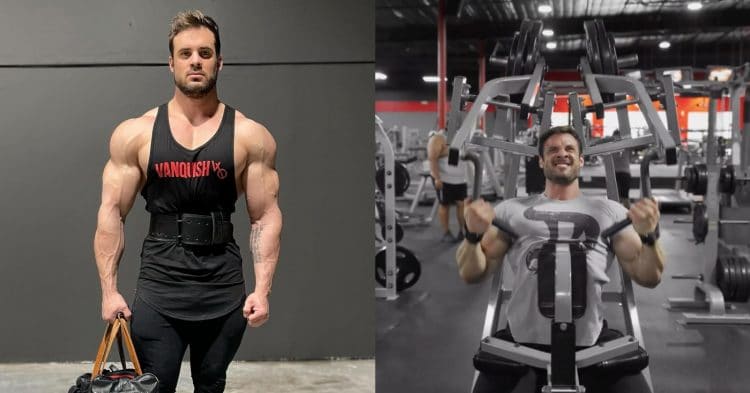 Classic Physique competitor Logan Franklin is one of the most promising athletes in the division. He recently broke down his intense back training plan, and it is not something to be messed with.

Franklin competed at the 2020 Olympia, competing for the first time at this show since moving from Men’s Physique to Classic, and coming in ninth place. However he went into this contest with a lot of eyes on him, simply due to the trash he was talking towards champ Chris Bumstead.

While it was a decent showing from him, it was not exactly the type of performance he was hoping for, in large part because of the weaknesses in his back. So this is something he has been working on, and he shared his back workout with a video to posted to YouTube.

“I’m going to be getting a little bit of back workout in, a lot of pulling, a lot of rowing. It’s one of the body parts that I’m really trying to improve this year,” Franklin said.

“I hope you guys learn a few things from some of the movements I do today, just from form and how I’m not focusing on going extremely heavy, but I’m actually focusing on the contractions and how I feel in the movements. We’re trying to get that 24 karat gold, as the legend Samir Bannout would say, because is not better. If you’re getting bigger and you’re not improving on your physique, what’s the point of getting bigger?”

After downing some preworkout, Logan Franklin gets to work on the weights. He says that he often will kick off his back workouts with some pull-ups, but today he decided to switch it up with hammer pulldowns instead.

As he goes through the exercises, Logan explains how important it is to focus on every single movement, and contracting the muscles as you go. This is backed up by the deliberate motions he makes, and the control he has, with each rep he does.

Below is Logan Franklin’s back workout:

When Will Logan Compete Next?

This is the question on everyone’s mind, and Logan Franklin decided to answer it. We already knew that he was on the list of athletes invited to compete at the 2021 Arnold Classic, but he says that this is not the next time fans will see him on stage.

Logan explained that he looks to compete at the inaugural Texas Pro, which is about ten weeks out at the time of recording the video. This event is set to take place August 13th-14th, and will kick off a busy season that will hopefully conclude with him competing at the 2021 Olympia.

“We are a little under ten weeks out from the Texas Pro. I decided to do the Texas Pro this year because, it’s at the end of the year, but I wanted to have as much time to make as much improvements as I could during the offseason,” Franklin said.

“Ten weeks to the Texas Pro, and I think it’s about 4-6 weeks after that is the Arnold Classic, and then the Olympia is right around the corner from there. Great end of the year.”

It will be interesting to see the improvements that Logan Franklin is able to make before his next contest. With workouts like this, it seems impossible that he will not be improved in his next appearance.