Ahead of the 2020 Mr. Olympia, Logan Franklin discusses the similarities and differences between he and current champion Chris Bumstead 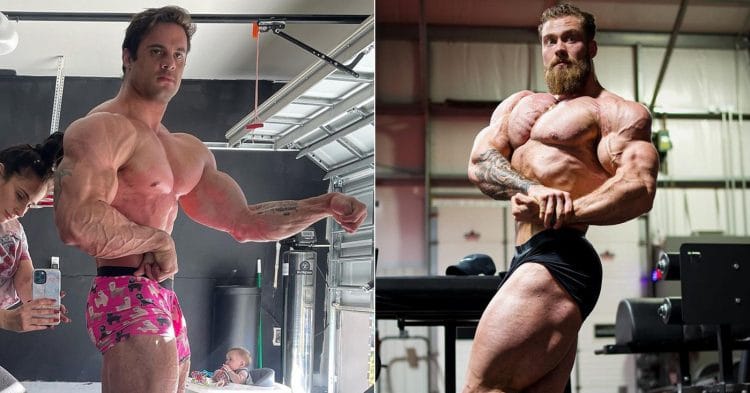 In the Classic Physique division, a lot has been made of newcomer Logan Franklin, and his chances against the elite. Ahead of the Olympia, Logan thinks that he stacks up pretty well against current Olympia champ Chris Bumstead.

Bursting onto the scene with a win at the New York Pro earlier this year, Franklin immediately turned heads for his impressive physique. However it was his mouth that really got people talking , as he started going after Chris Bumstead. This hit some the wrong way, given his relative lack of experience and some of things that he has said. On the other hand, it also sparked a rivalry that has many interested to see how they look on the Olympia stage next month, in Florida.

With the Olympia less than a month away, people have been trying to calculate how Logan Franklin will do against the likes of Bumstead and former champ Breon Ansley. A lot of people seem to see some similarities between Logan and Chris in particular, leading to some wondering how they will match up. Speaking in a recent interview, the Olympia newcomer admitted that there were similarities between himself and Bumstead, but he thinks that there are some clear areas that he is better.

“I compare very well with the current champ Chris Bumstead,” Franklin said. “Except I have some strengths that he has weaknesses in. And currently he has strengths where I’m weak. I mean, I can say that my lats could be brought up a little bit, which I’m going to be working on. So what’s going to happen when I bring that body part up, and then I don’t look so Men’s Physique-ish, as these guys want to say, and I’m standing right next to them?”

One of the big debates since the 2019 Olympia, is what direction the Classic Physique division is going. Bumstead sides with the idea that he won because the judges are starting to favor his leaner, more Classic style physique, rather than Breon Ansley’s bulkier physique that won him the Olympia the two previous years. Logan Franklin tends to agree with that sentiment, which is not surprising considering he and Chris are very similar in that regard, but he believes that this year’s title is somewhat up for grabs.

“I truly believe that the title this year is kind of open,” Franklin explained. “That’s because you had Breon win two years in a row, and then Chris came in and then beat him by one point. To me that’s saying they didn’t want Breon’s shape. They wanted someone similar to Chris’s shape. Although Breon looks fantastic. He’s the champ for a reason, he’s very complete. He looks crazy, I just feel the direction of the look they were going for was more Chris’s look, that’s why they gave him by one point.”

Many people think that if the same Logan Franklin that was at the New York Pro, shows up at the Olympia, he will be in that top three. Whether or not that happens, it is clear that he is going to be the future of the Classic Physique division.