Chris Bumstead And Logan Franklin, As Well As Iain Valliere, Go Back And Forth After Logan Insults Chris's Physique 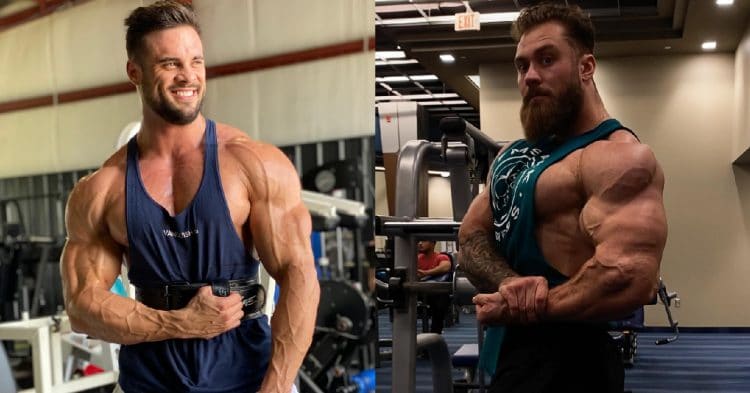 In case you did not already know it, Logan Franklin and Chris Bumstead do not exactly see eye to eye. Their rivalry recently spilled over into a back and forth on social media that saw both men hurling insults at each other.

From the moment that Franklin decided he would be moving from Men’s Physique to Classic Physique, it seemed that he had his eyes set on Bumstead. The two have gone back and forth for a while now, with Logan even going out of his way to insult Chris on social media a few months back, talking about how weak his physique was. This prompted a response from the Classic Physique Olympia champ, who defended his physique and hurled some insults back at Logan.

This beef has taken yet another turn, as Logan Franklin decided to comment under a recent physique update that Chris Bumstead uploaded to his Instagram. When he shared a pose, Logan commented on the post to share that he was not impressed, saying that Chris looks the same as he did last year. This prompted a response from Bumstead, with Open Bodybuilder Iain Valliere even jumping in to talk some trash.

“Whatever you need to tell yourself to get to sleep at night 😴,” Bumstead responded.

“Don’t be projecting what you think will happen in your situation bud,” Logan replied to Iain.

“Lol oh I suck, that’s no insult to me, and still have more muscle in my pinky finger than your whole body 😂,” Valliere said.

“Oh sorry I forgot tall and stringy was the ‘in’ look,” Iain clapped back. 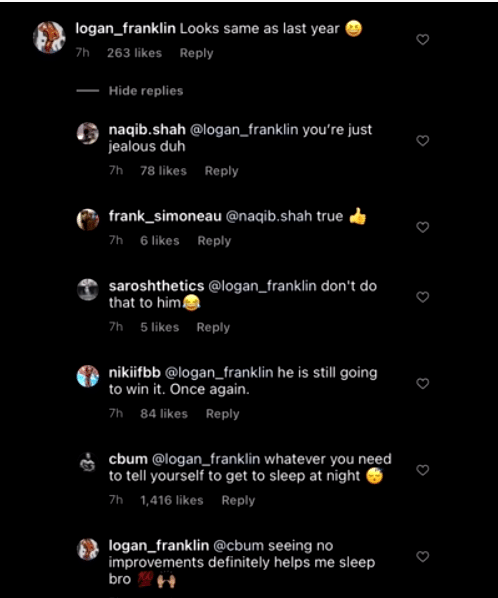 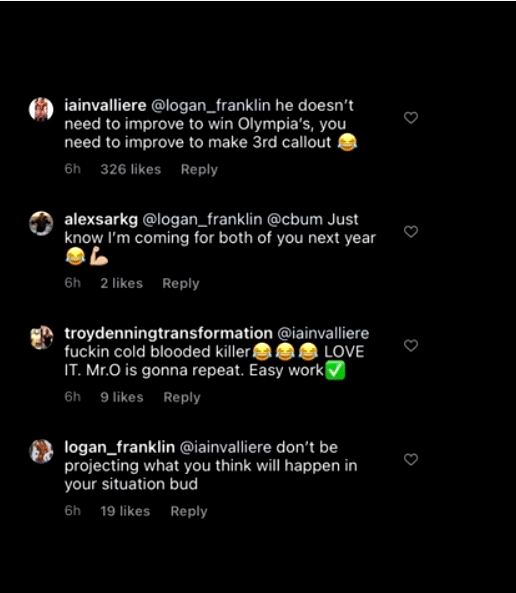 All things considered, Chris Bumstead did not actually fire back too much at Logan Franklin in this instance, instead opting for the high road. This was the same energy that Chris had when commenting on a physique update from Logan the next day. Instead of talking trash, Bumstead actually praised Logan’s progress since making his debut at Classic Physique.

Probably one of my last physique updates until showtime, prep gets real today! I’m excited to showcase the very best version of myself on the Mr Olympia stage.

It is good to see that this rivalry is pretty strictly one of a competitive nature, rather than personal. Chris Bumstead and Logan Franklin sometimes may poke fun at each other, but at the end of the day they are both excited to share the stage with one another.