Lou Ferrigno takes a walk down memory lane at Jack LaLanne's home gym which houses machines from the 1930s. 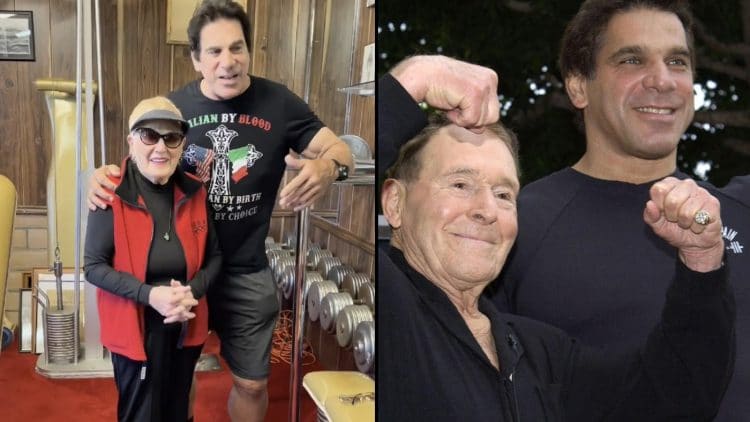 Bodybuilding legend and actor Lou Ferrigno is a man of many talents. Recently, the prolific bodybuilding figure shared a tour of the late Jack LaLanne’s home gym while reminiscing with his wife Elaine LaLanne.

Lou Ferrigno is a special bodybuilder. As one of the pioneering legends of the sport, Ferrigno was not only a commanding force in bodybuilding competitions but also made waves in Hollywood. The bodybuilding great parlayed his stage presence and work ethic into showbusiness. After starring in a hit television series as The Incredible Hulk, Ferrigno and strength became synonymous terms during his heyday.

Despite undergoing an intense rivalry with none other than Arnold Schwarzenegger, the bodybuilder always emptied the clip and worked tirelessly to transcend into different niches and professions.

For starters, the larger-than-life presence managed to capture Mr. America and Mr. Univierse titles during his time competing in the sport. The bodybuilding legend was featured in the critically acclaimed documentary, “Pumping Iron”. The film saw Ferrigno and Arnold Schwarzenegger go head to head vying to win the Mr. Olympia title.

Taking to Instagram, Lou Ferrigno gave a glimpse of the old gym and was taken back by how revolutionary LaLannes’ mind was back in the 1930s. In essence, Ferrigno was astounded by the fact that Jack LaLanne was ahead of his own time.

“What an incredible woman, inspiration and legend @jackandelaine_lalanne is.
I’m honored to have been able to call her my friend for decades now.
It’s amazing how positive and energetic Elaine is. Though Jack has been gone from us for a while now I know he’s smiling down watching us in his home gym. 🙏🏽
Miss you Jack. 🦾” Lou Ferrigno shared.

Given that some of the equipment is more than 90-years-old, Ferrigno shows off a machine that LaLanne invented before the very popular Smith machine came onto the marketplace. Jack LaLanne manufactured his own gym equipment decades ago, yet many of the contraptions are still functioning today.

This gym goes back 60-70 years since I was a kid. I mean, I remember they had what they called a fifth-handed gym. Old fashioned weight stack, different plates. So this is more, 1950, 1955? Wow. She’s talking about this one here.

This one is an old-fashioned. This is before Smith invented a Smith machine. Jack’s idea, with two pipes and two simple leg presses, with these weights. Amazing, and she said these were from back in the 30s.” Lou Ferrigno said.

Ferrigno admits that bodybuilding and powerlifting have come a long way. The Hollywood star maintains that proper diet and nutrition were largely undiscovered in the 1930s. Ferrigno even mentions that weight training wasn’t completely understood at this time either.

“This is an old-fashioned weight with a spring attachment. Amazing, Jack was way ahead of his time. Way ahead. In the late 1930s people condoned weight training, they said you work out with weights you get stiff and muscle unbalanced.

They didn’t understand what nutrition was. Back in the World War II, a lot of people were smoking. People were going home having a drink and smoking, but Jack was a pioneer, he knew about this.”

The growth and development of weight lifting and bodybuilding through the years has exploded. Today, there is a multitude of competitions available to bodybuilders that include cash prizes. With gyms now far more sophisticated with technology and scientific detail to dieting, the world of fitness has truly gone through a paradigm shift.

Lou Ferrigno and his accolades are an important piece of bodybuilding history. After Ferrigno took a walk down memory lane at the late LaLanne’s home gym, it’s clear there were some incredible minds helping architect the sport of bodybuilding and powerlifting in the mid-1900s.