The two-time Classic Physique Olympia runner-up is on a mission for gold. 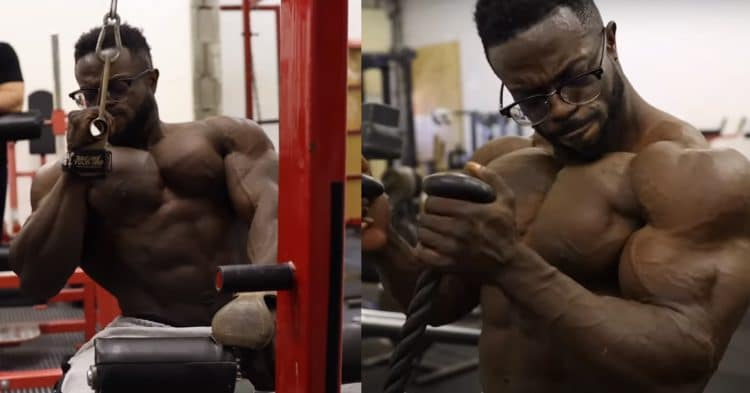 With the 2022 Arnold Classic scheduled for early March, bodybuilders are trying to squeeze the most out of all of their training sessions. This is certainly the case for Terrence Ruffin who was a two-time Classic Physique Olympia runner-up in 2020, and 2021 respectively.

Terrence Ruffin is determined to have an even bigger year in bodybuilding. The rising bodybuilder managed to secure 1st place at the 2021 Arnold Classic and also placed 2nd in 2020. Reigning Arnold Classic champion Ruffin is currently preparing to defend his title against the likes of two-time Classic Physique Olympia champion Breon Ansley and upcoming star Urs Kalecinski. After becoming a two-time Classic Physique Olympia runner-up, the bodybuilder believes that he is starting to make the appropriate adjustments so he will not have to endure a repeat of placing 2nd again.

What makes Ruffin such a dangerous competitor is his ability to drop his ego and learn new things about the sport of bodybuilding. With an open mind about the sport, Terrence Ruffin has steadily worked on his physique in many ways. The bodybuilder is known to train with peers and even practiced leg day with Chris Bumstead. If there is something to be learned, Ruffin makes it a point to sponge up the lesson.

Preparing for a major season of bodybuilding, Terrence Ruffin also received some clutch posing help from Lee Labrada. Ruffin’s physique has continued to develop, and his poses are becoming more artistic every time he enters a competition.

Terrence trains back and biceps and shared the video via his YouTube channel, Ruff Diesel. First, Ruffin starts his day by eating some oats and peanut butter. After a quick meal, Ruffin left for the  Westside Barbell gym in Valley Heights, Columbus, OH, established in 1987.

Ruffin’s first exercise starts with single-arm lat pulldowns. The bodybuilder opted to use hole-hand gloves to protect his hands. After hitting some lat-pull downs, Ruffin moves on by hitting some chest-supported rows followed by T-bar rows. The bodybuilder explains to his teammates that his intention is to bring his arms up as much as he can to maximize the lift.

Next, Terrence Ruffin utilizes shoulder mobility work with the help of a resistance band. Following the mobility exercise, the bodybuilder got busy with some preacher curls and then some rope hammer curls on the cable machine.

It appears high-volume work is integral to Ruffin’s routine. The bodybuilder proceeded with some bicep curls while leaning in order to get a better stretch as well as a greater pump on the top of the bicep. Ruffin ended his routine with a posing session.

With the ambition and hard work Terrence Ruffin is showing outside of competition, it’s safe to say he has a chip on his shoulder for the 2022 season. Given the back and bicep workouts Ruffin is turning in lately, he appears to be a man on a mission. After two runner-up performances at Mr. Olympia consecutively, the bodybuilder is ready to dominate the podium and leave no doubt this year.