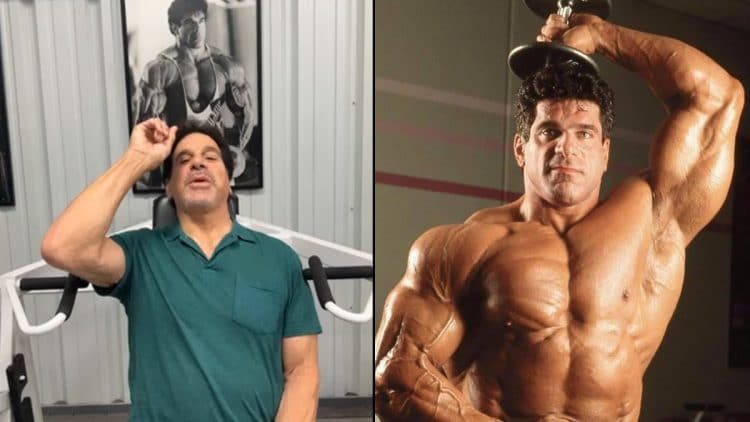 Legend Lou Ferrigno is the picture of longevity after leading successful ventures in bodybuilding and Hollywood. Ferrigno recently shared a video on Facebook Live where he revealed how he stays in shape at 70 years old.

Early in Lou Ferrigno’s career, he trained with Arnold Schwarzenegger and competed at many major bodybuilding shows. During his time in competition, Ferrigno won the Mr. Universe title twice. In 1974, Ferrigno competed at his first Mr. Olympia show where he managed to secure second place after losing to Schwarzenegger. The next year Lou attempted Mr. Olympia again, but he came in third place and failed to defeat Arnold.

Lou Ferrigno has also led a successful acting career. After losing to Arnold at back-to-back shows, his story became one of the main subjects of the popular 1977 documentary, Pumping Iron. Years removed from his bodybuilding career; Lou still has a knack for understanding what it takes to compete at the highest level in the sport. In addition, the actor has made it clear that mindset is the best weapon for overcoming goals in life.

In a video published on Facebook Live, Ferrigno looks back on his physique at 43 years old and admits it was difficult to maintain a 300lb shredded build. The famous actor also touches on an acting project he’s been working on.

“Look behind me, you can see this picture over here. I was 43 years old, 300lbs ripped. Right now, I’m 70 years old, I’m still training every day very consistent, there’s no excuses. I can’t make excuses. And you know something, I just finished filming recently a great YouTube limited series called The Offer on Paramount Plus. A remake of the Godfather series. It’s fantastic. Lou said.

We got so many great actors, people in it playing all these different characters, from Brando to Pacino, to Sinatra. I’m excited for you to get to see it because you get to see me on the screen, on the big tube looking young at 70 years old because nobody on this planet looks like. Lou shared. I’m very proud to share my love with you. Be consistent. There are three things, eat good, sleep good, and train good, and remember one thing, health is your greatest wealth.”

Lou advocates for good sleep, a proper diet, and consistently exercising. After pointing to a picture of himself at 43 years old, Ferrigno explained that in order to maintain that physique he needed to eat four or five times a day. His diet mostly consisted of high proteins and low carbohydrates while training cardio often.

“I was eating maybe four or five times a day, high protein, low carbohydrates. Low fat, I did a lot of cardio, a lot of training. Sometimes I was training twice a day, and practicing posing. It was like a full-time job because to be in that condition you had to have that hunger to compete, and nothing can stand in the way. I wanted to come back to bodybuilding, especially after seventeen years.

Lou said. I was the only bodybuilder to hold the longest retirement. I was able to get to over 300lbs shredded and ripped because of the cardio and the training and the most important thing, the mindset. The determination to do what you have to do to be very successful and go after your goals. That’s what most people lack today. you got to believe in yourself. ”

Ferrigno believes mindset is the most important tool when preparing for a bodybuilding show. At one point, Lou shared that maintaining his physique was like working a full-time job, but he doesn’t regret it. Given the lofty accomplishments Lou has made throughout his career, his determination and mindset no doubt contributed to his success.