Bodybuilding legend Arnold Schwarzenegger discusses why he transitioned to a plant-based diet five years ago. 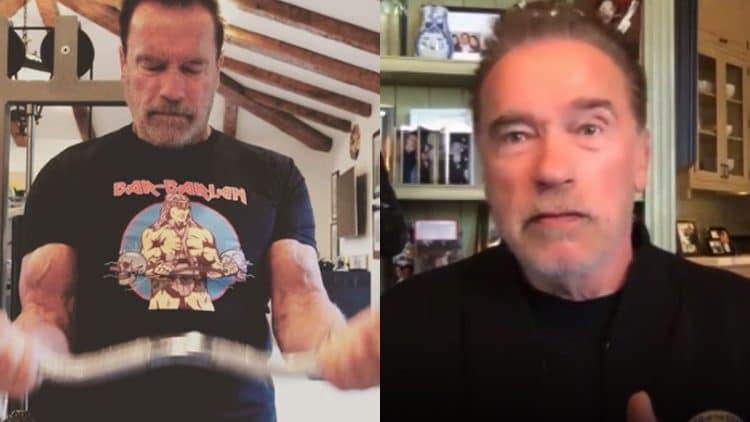 Arnold Schwarzenegger is a living legend with an incredible wealth of experience in bodybuilding and fitness. Recently, the Austrian superstar discussed his 80% plant-based diet in a recent Q & A.

During his bodybuilding career, Schwarzenegger managed to win the biggest show of the year a total of seven times. From 1970 to 1975, Schwarzenegger took home the Mr. Olympia title six times in a row. Then, the Austrian athlete competed in 1980 where he outperformed the late Chris Dickerson en route to securing his seventh Olympia title.

Arnold’s knack for exercising and fitness makes him an invaluable resource for anyone in the industry today. While his accolades are a byproduct of his hard work, the popular actor also attributes his healthy diet to his success.

The movie star stands by his 80% plant-based diet. Arnold believes the plant diet has greater benefits but admits that he still eats meat. Like most of us, turning down a juicy 12oz sirloin can be difficult, especially for someone like Arnold who enjoys lifting weights.

Speaking in his newsletter, Arnold Schwarzenegger discusses how long he’s been on the plant-based diet and the benefits that come along with it.

“I have been about 80% plant-based for the past 5 years of my life. Even though I still eat meat sometimes, because I can’t resist a juicy steak when I have friends over or a crispy wiener schnitzel in Austria, I mostly eat plant-based because it is better for my overall health, and as my friend Jim Cameron taught me, better for the environment because the clearing of forests and the raising of animals for meat causes so much pollution. Arnold said.

My bad cholesterol number is so low that my Doctor thought I might be a different person and feel healthier and younger overall. If any of you have recently gone vegan, what are your favorite recipes? And if any of you are thinking about going vegan, what’s stopping you? Schwarzenegger asks. Send me an email with the subject VEGAN and let me know!”

Part of the reason Arnold likes his plant-based diet is because of the low impact it has on the environment. With deforestation and pollution being major factors in the United States, the movie star believes less meat means fewer forests being cleared to raise animals for food.

Arnold Schwarzenegger maintains that his diet is better for his overall health. It’s hard to argue with that notion considering the number of deaths the sport of bodybuilding has seen lately. Last year, the passing of 2018 Mr. Olympia Shawn Rhoden was a wake-up call for many athletes as he was just 46 years old.

The superstar released a documentary called, Game Changers, where Arnold details his experience with the plant-based diet. Arnold was joined by executive producers James Cameron and Jackie Chan to create the intriguing documentary. Schwarzenegger believes the film could help, “terminate outdated myths about protein, strength, and performance,”. In addition, the celebrity believes cutting back on meat will also reduce carbon emissions and greenhouse gasses.

In response to Arnold’s diet, some have argued that a carnivore-based diet is not ideal for athletes. One of the biggest pushbacks came from bodybuilder and Strongman Stan Efferding. In essence, Efferding believes that Arnold would have never captured the Olympia title seven times on a plant-dominated diet.

The superstar is maintaining a healthy diet in his twilight years and given his bodybuilding history, the choice appears to be a wise one. Perhaps an 80% vegan diet works for the movie star but anyone building mass may struggle with the limited calories offered in any carnivore-based diet.