Ferrigno is expected to star in his first creature-based project since his CBS TV series "The Incredible Hulk". 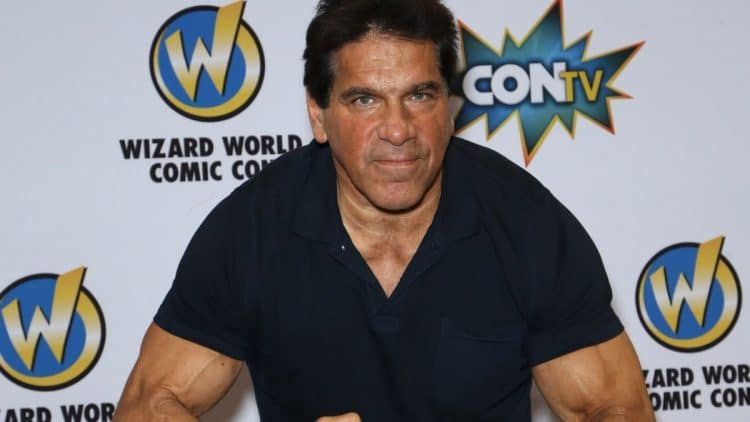 Legend Lou Ferrigno made his mark in bodybuilding and has only added to his legacy courtesy of an acting career filled with fame and success. Ferrigno is set to play a murderous, cannibalistic pig farmer in an upcoming horror-thriller film, which will be the first role he’s played as a creature since starring in “The Incredible Hulk”.

Competing at a number of bodybuilding shows during his career, Lou Ferrigno made a name for himself with herculean size and muscularity. As part of the Golden Era, he has trained alongside seven-time Mr. Olympia Arnold Schwarzenegger and won a couple of bodybuilding shows himself. During Ferrigno’s time as an active competitor, his amazing physique earned him the distinction of winning the Mr. Universe title twice.

In 1974, Ferrigno competed at his first-ever Mr. Olympia event and pushed the “Austrian Oak” to the brink of defeat. However, Lou ultimately landed in second place. Looking to rebound from his runner-up appearance, Ferrigno competed at Olympia the following year but was unable to overthrow Schwarzenegger, the reigning champion at the time.

It didn’t take long for Lou to realize he had a true passion for acting in Hollywood. His plight became one of the driving storylines in the popular 1977 documentary, Pumping Iron. Over forty years later, Ferrigno is still holding his own in the entertainment industry, with plans to once again play a scary creature on the green screen. Shooting for the horror flick will begin in August in Syracuse, N.Y. The project is expected to have an undertone of humor and quirky irony. Ferrigno’s character, ‘The Hermit’ makes and sells beef jerky made from human flesh.

Recently, Ferrigno spoke on his decision to star in the creepy movie role.

“Most people are surprised that I’ve never really entered the horror space before now,” Ferrigno said in a statement for Variety. “When I was a kid I was fascinated with the monsters of the time like Dracula and Frankenstein.

“So I am really excited and honored to be working with such a great team on something that will for sure excite fans. The character I am playing is unique and will give an updated twist to those monsters I grew up with,” he added.

“The Hermit” will be produced by Los Angeles and New York-based Gerry Pass’ Chrome Entertainment as well as Sclafani’s First Child Prods. This will be Sclafani’s first English-language project.

19-year-olds Eric and Lisa will play as the side characters who go on a fishing trip, stop at a resort off the beaten path and run into a farm where they find animal heads hung from the walls. Eventually, they are met by “The Hermit”, portrayed by Lou Ferrigno.

Producer Gerry Pass noted that Lou’s hearing problems made him the perfect candidate for the movie role. He added that Lou understands the anger behind not being treated like everyone else.

“The Hermit’s story is that he’s been a loner,” the producer added. “His mother protected him; kept him in the forest. He doesn’t speak well, because they are kind of feral people.”

Once, after being attacked, the Hermit kills his attacker. “Since the family business is making jerky,” the mother “ends up cooking this person into the jerky with the pigs.” Then, after the mother dies, trapping people, killing them and making them into jerky becomes a recurrent act on the Hermit’s part.” Pass added.

Lou Ferrigno’s giant physique put fear into competitive bodybuilders back in the day. Ferrigno won’t be turning green and exploding with anger in his next acting project, but his role as “The Hermit” is already sending out chilling vibes to the rest of Hollywood.