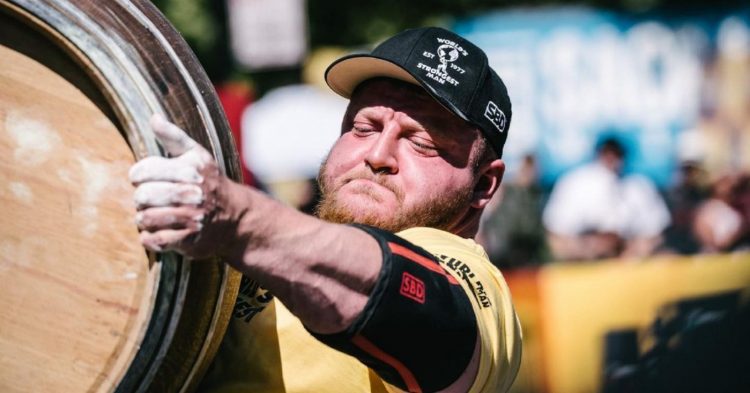 Fans were gutted to hear that the UK’s Luke Richardson was forced out of the 2021 World’s Strongest Man due to an injury. Now he gives an update on his situation, and reveals that he will be in need of surgery to repair the damage.

News of Richardson’s departure from the competition was revealed towards the end of Day One. He had apparently suffered a distal bicep tendon rupture during the first event of the competition, a Loading Medley, and was left with no choice but to remove himself from the contest.

It has now been revealed that Luke will need surgery to repair the damage to his bicep. Taking to Instagram, he provided an update on his condition, and revealed that he was going to go under the knife on Friday, to get healed up.

“This was my whole performance from WSM 2021.. Had an MRI today and I’m in for the surgery here in California on Friday. @theworldsstrongestman have been fantastic in getting this all sorted ASAP so big thank you to them,” Richardson wrote.

“Seen some people commenting about some of the implements used this year online. Reality is we all know what we’re signing up for and it’s the nature of the beast. People are always too quick to play the blame game, it might not feel fair but shit happens. If you don’t want to lift awkward heavy objects and do a sport with low injury risk then you probably shouldn’t do strongman😂”

Richardson notes that some people have been questioning the objects that the athletes are being required to lift at this year’s World’s Strongest Man. On the surface this seems like a fair criticism, especially when you consider that there have been four athletes that have pulled out of the competition with some sort of issue.

However the fact is, Luke is the only one of these four to get injured during the contest. Graham Hicks pulled out before the contest began, while Terry Hollands was already injured going in and got more hurt, and Chris van de Linde revealed that he was sick, which led to his withdrawal.

So as disappointing as it is for Luke Richardson to pull out from the contest, it does not seem to be any fault of the WSM or the events they picked for this year. Strongman is just a grueling sport, and injuries happen when you push yourself to the limit.

Fitness Volt would like to wish Luke a speedy recovery from this injury. Hopefully he can bounce back quickly and return to the contest next year.

Glutamine Guide: Benefits, Dosage, and When To Supplement