Another athlete has dropped out of the 2021 World's Strongest Man, as Chris van der Linde has been forced to pull out 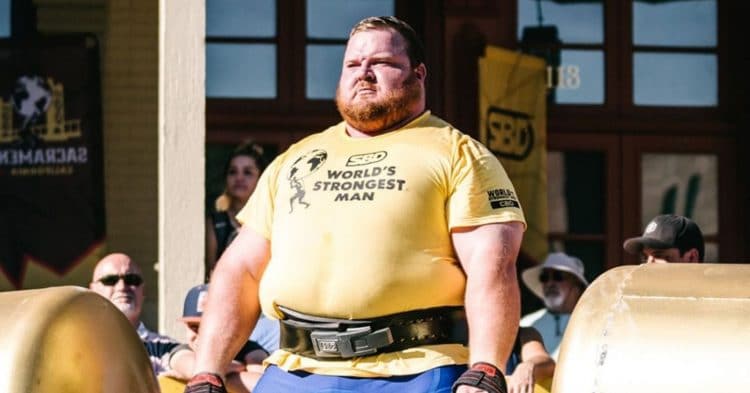 The 2021 World’s Strongest Man was the first time that Chris van der Linde was competing at this contest. Unfortunately his time has been cut short, as he was forced out during Day Two of the contest, due to injury.

Van der Linde was competing in Group Four of the qualifying rounds. In Day One of the event, he came in fourth place of the Loading Medley, and fifth in the Squat event, leaving him with three points, and ending the day in fifth place in his group.

Sadly he will not get the chance to improve upon this score, as he has been forced to pull out of the 2021 WSM. The announcement was made with an Instagram post from World’s Strongest Man’s official page, and at the time of writing there is no word as to the nature of the injury that forced him out of the contest.

“Rookie competitor @chris_vd_linde_strongman has withdrawn from the competition.”

This is extremely disappointing news for the South African competitor, as this year was the World’s Strongest Man debut of Chris van der Linde. However he is far from the only competitor to be left withdrawing from the contest.

Before the start of the WSM, Graham Hicks withdrew, and was replaced by Ervin Toots. Then Day One left Luke Richardson injured and pulling out before the Squat event, and Terry Hollands retiring from World’s Strongest Man competition after suffering injury in the first event.

Hopefully things work out for Chris van der Linde and he will make it to the WSM again soon. In the meantime, the action presses on with Day Two of the contest, which continues the qualifying round before the Finals.

Group Four will move ahead with just three competitors, after the removal of Chris and Luke. It is made now made up of Adam Bishop, Konstantine Janashia, and Jerry Pritchett.

Stay tuned to Fitness Volt for more updates and coverage of the 2021 World’s Strongest Man.