Luke Sandoe Gets Intense Training Session In From His Garage 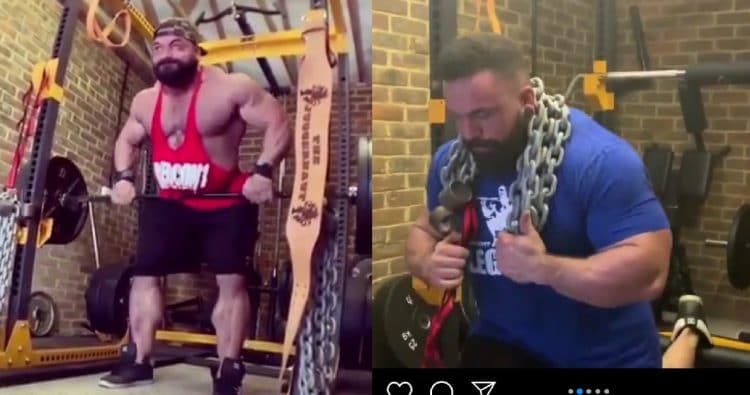 Luke Sandoe is one of the top bodybuilders in the world. He recently shared his current home workout plan, and it is quite the routine, to say the least.

In terms of young, up and coming bodybuilding talent, Sandoe is about as good as it gets. Although he has not won any major contests, he has had some strong performances, making him someone who has caught the attention of spectators worldwide. Most notably, he scored a respectable 2nd place showing at the 2019 Tampa Pro, as well as a 3rd place performance at the Arnold Classic that same year.

Breaking: Luke Sandoe Has Passed Away at 30

One of the things that stands out the most about Luke Sandoe, is how well rounded his physique is. It is clear that he dedicates a lot of time to his training, even out of competition. That is why, when gyms were forced to close, he had no choice but to find a way to improvise. As he showed on Instagram recently, he is able to get the most out of what equipment he has at home, and still get some solid work in.

“Hit some back. Still hitting the meat and potatoes movements because… that’s all I can do and I’m super grateful to be able to even do that.”

In this video, Sandoe can be seen doing some barbell rows. He admits that this is a fairly limited movement, but he is working with what he has the best that he can. That can be seen again in other posts, where he did some pretty hefty leg day training.

“First leg session in the garage and the first session in a month. Just testing the water, getting a feel for things, so far so good! Leg extension, leg curl, SSB squats, split squats. Chest and delts tomorrow 😀 it’s not @muscleworksorpington but it’s still plenty to get the job done 😊”

Here, Luke Sandoe does some leg extensions, leg curls, and squats, adding some chains for an extra boost. Sure it is not the same as going to the gym, but it serves as a reminder that you can do all kinds of things in isolation.