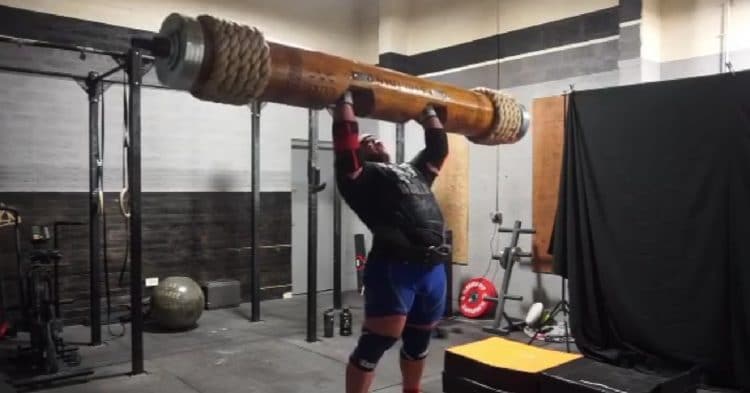 Luke Stoltman is the older of the legendary Stoltman brothers, a pair of the best strongman athletes in Scotland. However, he showed recently that just because he is older, does not mean he is no longer capable.

Over the last several years, Stoltman has been really coming into his own as a truly elite strongman competitor. He is well established in Scotland, having won Scotland’s Strongest Man event from 2013-2017 consecutively. Despite the disappointing results in his last few contests, he has been training hard to do some big things in 2020.

It seems like he did just that, according to a recent post to Instagram. Here we can see Luke Stoltman hit an unofficial new log press world record, by hoisting a mind-blowing 503lb (228.4kg). Not only that, but he explained that he does not plan to stop here.

Luke is not the only Stoltman brother to be putting in some serious work, however. His younger brother Tom, the winner of the previous two Scotland’s Strongest Man events, has also been doing some improvement. That was evident with this recent 265kg triple atlas stone lift.

Both of the Stoltman brothers have been working quite hard to prepare for these upcoming contests. Luke says he got a ton of inspiration from watching Hafthor Bjornsson hit a world record deadlift over the weekend, and it is not hard to see that. He seems primed and ready to score his own world record later this month.

What do you think of these recent lifts from Tom and Luke Stoltman?