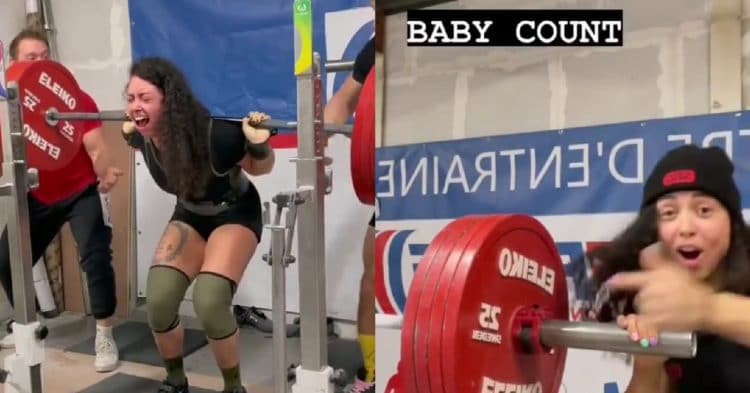 European world champion Lya Bavoil is one of the best powerlifters in the world today. She proved that year again, while also taking a moment to fire shots at her haters that doubt her skills.

At the young age of just 27 years old, Bavoil has already put together one of the strongest resumes that you will see from a powerlifter. Competing in the 63kg division, she has won nearly every contest that she has appeared in, including the European Classic Championships.

Related: Lya Bavoil: Having Asperger’s Syndrome ‘Helps Me’ With My Powerlifting Training (EXCLUSIVE)

There is still some room to grow, but she has plenty of time for that to come considering how young she still is. At every turn she is doing precisely that, making gains in the gym and in competition.

The evidence of this growth was put on display recently, with a post that she shared to her Instagram. Here she was seen, scoring a massive 485lb (220kg) squat, which is more than she has ever done in competition.

However things did not end there, as it was clear that Lya is tired of people questioning her abilities. She then took a second to clown on the haters who claim she lies about her weight, or say that she is using fake weights, rubbing it in their faces that she is likely stronger than.

That was an absolutely incredible performance from the young lifter, but Bavoil proved that this was not a one-off. Just a few days earlier, she hit a squat that was just 10kg shy, during a full-on squat, bench press, and deadlift session.

Haters or no haters, it goes without saying that Lya Bavoil has a ridiculous amount of strength. It was entertaining to watch her fire back at these critics by showing off the number of plates she had wracked up on the barbell.