2019 WSM winner Martins Licis explains why he not competing at the World's Strongest Man yet again, and when he can be expected to return to action 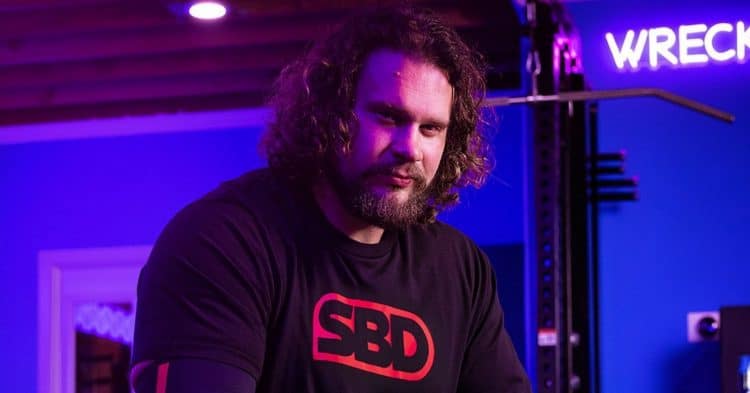 When the roster was announced for the 2021 World’s Strongest Man, fans could not help but notice that Martins Licis was missing from the list of names. Now he explains what is happening, and when we may see him back in action.

When Licis won the WSM in 2019, it seemed like he was setting himself up for a long reign of success as champion. He looked nearly unstoppable during the event, and appeared to have the potential to keep that throne for years to come.

Unfortunately he did not get the chance to prove that, as he was forced out of the 2020 World’s Strongest Man. Citing injuries, he was not able to compete, clearing the path for Oleksii Novikov to win and become the youngest champion in the contest’s history.

Fans were hoping that Martins Licis would be back to action by now, in time for the 2021 WSM. However when the official athlete roster was revealed, his name was noticeably missing from the list.

Taking to Instagram, he explained that the reason he is not competing is because he is still dealing with lingering problems from this injury, and is currently undergoing stem cell treatment to repair things. However he did reveal that he has his sights set on competing at the he Arnolds Classic World Final and the Rogue Invitational in the fall.

“Ever since winning @theworldsstrongestman 2019, it’s been one hell of a journey dealing with all of the accumulated injuries from the last several years of competing at the top level of Strongman” Licis wrote.

“Taking a break has been worth it! I am feeling a lot better and have my compass set for Arnold’s Classic and the Rogue Invitational this year. – Yes, that unfortunately does mean, no Worlds Strongest Man this year… but I plan to return to that stage as well the following year.

“Currently, I am following protocol from @bioxcellerator_ , and am not lifting heavy for a few months to allow the stem cells I received to do their work thus, I will not be able to prepare for Worlds by June. However, that does put me in a perfect position to demolish competition yet again, come Fall. I’m coming back, in full @sbdapparel gear, ready to conquer!

It is extremely unfortunate that it has been so long since Martins Licis competed, and that he will be missing his second consecutive World’s Strongest Man. It is hard not to wonder how much of his prime is being missed due to him being on the sidelines.