Katrin Davidsdottir earned a second-place purse at the 2020 Reebok CrossFit Games, and an award for being a true athlete. 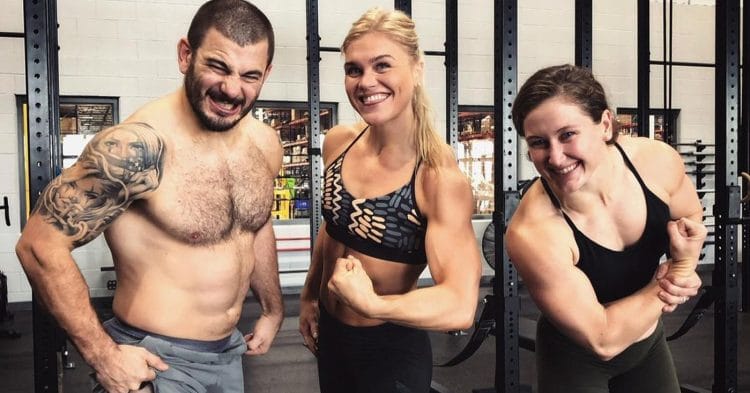 2nd Fittest in the world ✨🤍🥈☺️ I am a little at loss for words right now & going to take some time to process it all, but for now the words that come to my mind are THANKFUL & PROUD. – What a way to end this season – It’s been one of my most challenging years to date, but I truly wouldn’t change it for the world. Every journey brings it’s own meaning & this one brought me a wider PERSPECTIVE & a whole new sense of gratitude & awareness for the present moment – it’s really taught me to soak in each moment & it got me to appreciate every second I had out there on the competition floor. ✨🌟 – More than just this Games week itself it’s THE JOURNEY we took to get there & a very very very big focus on the “WE” that it took to get here. This has been a crazy but woooooonderful journey & my favorite part about it is the people I have along with me in it. EVERY year is a team effort but this one I swear, it was more than ever. Feel like the luckiest girl in the world to have the people that I do in my life. – Thank YOU to all of you for all the sweet wishes & messages. They mean the world to me ❤️ 2020 goes down in the books an one to remember. ✨🥂 xxx (PS guess I wasn’t THAAAAAT lost for words at all hehe 😉)

Toomey is now a four-time winner of the Fittest Woman on Earth® title, and Katrin Davidsdottir’s main competition. But having been at the Games several times already, Katrin went into this year’s events knowing they were going to be tough. She even hoped they were going to be tough, and let us know. This Spirit showed the world what a true athlete she is, before she even won the Spirit of the Games Award.

This week, CrossFit Games announced that Katrin Davidsdottir won the 2020 Spirit of the Games Award. The award is exactly what the name implies, an award for spirit.

What Spirit Means in CrossFit

In the announcement, CrossFit Games said that this award goes to the athlete that “embodies the spirit of CrossFit’s values” during the most challenging events. When thinking of who to give this award to, they are looking for “character, commitment, and sportsmanship, all qualities we seek to cultivate in our training and sport.”

The reputation of this year’s Games was that it was the toughest in history. All 10 athletes showed they were worthy to compete on the Fittest on Earth® Games playing field. Katrin Tanja Davidsdottir said she wasn’t sure if it was the hardest CrossFit Games that she had faced, but she was hoping for a challenge.

The 12 events in this year’s Games were among the most difficult that the 10 athletes faced, and required not only physical and mental acuities but a marriage of spirit that joined grit with courage.

Only 10 were chosen out of thousands to compete in the event that drew in over 11 million viewers worldwide. Katrin wins the spirit prize for having just that.

Just before Day Three, she noted,

“I never count @thedavecastro out, because he’s talked about the final, and there is a full day left. I hope that he means it. I hope that it’s going to be a really, really, challenging day. I’m ready to fight during that.”

The CrossFit Games managers noted in a press release that it was “equally impossible” not to take notice of one athlete who was “especially cheerful and fearless” while facing all odds. Katrin was one of 10 athletes who made it to the games out of a field of hundreds of thousands of registrants that began this journey last year.

In the end, Katrin Davidsdottir was awarded for being someone particularly determined to not only do her best but inspire others to do the same.

Her smile is infectious, and so is her inspiration, and that’s why Katrin is the 2020 Spirit of the Games Award winner.

It was just a week ago when 2020 CrossFit Games finalist Brooke Wells left the CrossFit community hanging with a...

Brooke Wells was only 19 when she began competing on the international stage at the CrossFit Games. Now, at 25,...

There were wonders, there were blunders, and there were prophecies fulfilled at the 2020 Reebok CrossFit Games where 10 of...

There may only be two walking away with the Fittest on Earth® titles, but everyone is a winner at the...

Kari Pearce from the United States was determined to make it to the podium for the 2020 Reebok CrossFit Games,...