Classic Physique Competitor Arash Rahbar is forced out of the 2020 Mr. Olympia due to recurring injury 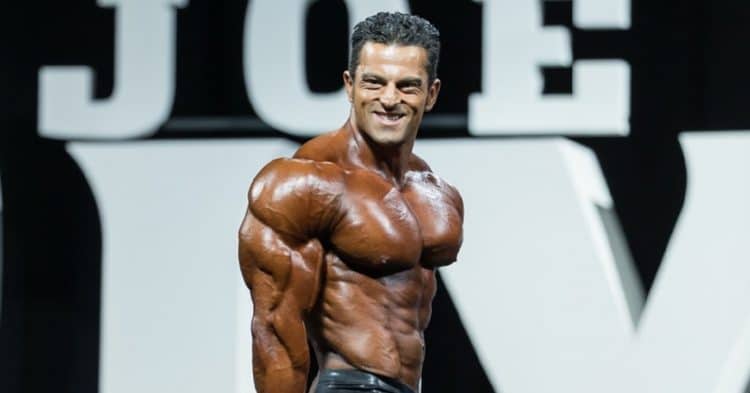 The 2020 Mr. Olympia seems to be plagued with a never ending cycle of bad breaks and setbacks. Another such situation has arose as Classic Physique bodybuilder Arash Rahbar has been forced to withdraw from the competition.

One after another, multiple athletes have been forced to pull out of the 2020 Olympia for various reasons. We have seen the like of Cedric McMillan and Flex Lewis get injured, not to mention the uncertainty with Hadi Choopan’s Visa. Of course they are also battling with regulations, which saw the contest moved from Vegas to Orlando with only a month to go until the show. It seems that 2020 continues to be unrelenting in the world of bodybuilding.

Another blow has been taken to this year’s Olympia, in the form of Classic Physique competitor Arash Rahbar. He has competed at the Olympia on numerous occasions, scoring as high as second, but his last time on the big stage saw him land in 8th place. Speaking in a recent interview, he revealed that he will be pulling out of this year’s contest due to nagging injuries. He had been trying to persevere and even kept his diet on track, but the hip injury is preventing him from training to his fullest.

“For the first time since the Classic Physique Olympia, I’ve been in every one since 2016, this year I’ve unfortunately decided to sit out,” Rahbar explained. “It’s been something I haven’t shared with anyone yet besides the Olympia themselves, and it’s been a really difficult decision. I’ve been going back and forth for the last six or seven months, and I just keep putting it off, and going through the motions, and kept prepping, and I’m still technically dieting and going through the motions. But the last week or two I just realized that I’m not going to make it. I can’t keep pushing forward, I’m not at 100%.”

From there, Rahbar explained that he has been dealing with a recurring hip issue. However he got an MRI and discovered that he had a tear in his left glute and labrum. That being said, he does not need to get surgery on the injury, but the closer he got to competition time and the harder he pushed himself, the more difficult it has been to train. So he has opted to withdraw instead, and regroup for next year.

This must be a massively disappointing decision to come to, especially considering that Arash Rahbar has competed at every Olympia for the last four years. Hopefully he can rest up his injury and be back in action soon enough.