Fans can come out to Orlando, Florida this weekend for a special Meet The Olympians: Red Carpet Event 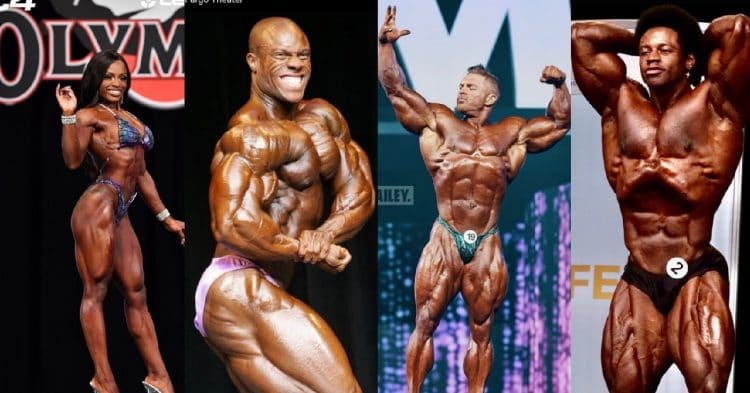 The 2021 Mr. Olympia may not go down until October 7th-10th, but fans can meet some of the athletes that will be competing this weekend. It has been announced that Orlando will be host to a Meet the Olympians: Red Carpet Event on July 2nd and 3rd.

Hosted by Ed and Betty Pariso, this year’s Meet The Olympians event will take place in the Orange County Convention Center, in Orlando, Florida. The two-day affair will give athletes the opportunity to meet at least 14 of the best bodybuilders in the world.

MC-ing the event, with promotions from Ed and Betty’ charity, will be the voice of the Olympia himself, Bob Chicherillo. Below is the list of the 14 athletes that have been revealed to attend the event:

The Meet The Olympians: Red Carpet Event will dovetail right into the Europa Orlando contest, which takes place July 2nd and 3rd, as well. This contest will feature IFBB Men’s Physique and Pro Figure competition, as well as NPC categories in the Men’s Bodybuilding, Classic Physique, Wellness, Figure, Bikini, and Fitness divisions.

The Meet The Olympians: Red Carpet Event Lineup Is Stacked

There are a ton of massive names that are attending the Meet The Olympians event, including five former champions. It makes the spectacle well worth attending, if only to meet a few of these legendary athletes.

Of course, the top billing has to go to 7x Mr. Olympia winner Phil Heath, who has been rather aloof about his future competition plans. Only just behind him is 7x 212 Olympia champ Flex Lewis, who was expected to make his Open debut at the 2020 Olympia, but was forced out due to injury.

Even aside from the champions, the Meet The Olympians: Red Carpet Event has a ton of other top tier talents in the bodybuilding world. All in all, it seems like it will be an exciting time for anyone who is lucky enough to attend.