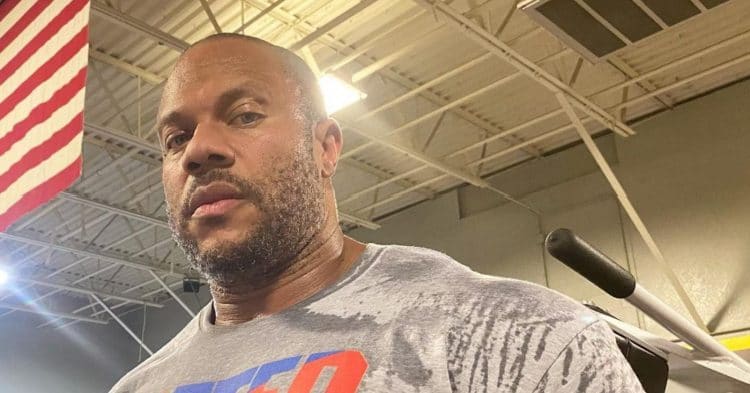 Since the 2020 Olympia, the competitive future of Phil Heath has been in question. Now those inquires are even more intense, after a cryptic post to the seven-time champion’s social media.

It goes without saying that Heath is one of the most accomplished bodybuilders of all time. With seven wins at the Mr. Olympia, he is going to go down in history as one of the greatest of all time.

He was looking to secure his legacy more at the 2020 Mr. Olympia, when he competed after taking almost two years away from the stage. All the hype was on him heading into the contest, with a documentary being made about his comeback and fans wanting to see if he could earn that eighth title.

Ultimately, Phil Heath could not achieve what he was aiming for, coming in a somewhat debated third place behind Brandon Curry and Big Ramy. With the way this contest went, some wondered if perhaps this would be the end of his bodybuilding career.

While he has not confirmed that by any means, he did share a post to his Instagram Stories that had fans questioning if he retired. He shared a screenshot of a lengthy message that talked about accepting when it is time to move on to other things in life, making some ponder if that was what he was planning to do.

“You’re ready. A new chapter has been hovering over you for a long period of time, the door you’ve been looking for will finally be revealed. You won’t be waiting much longer now; the Universe is eager to show you the blessings it has made for you,” the post that Heath shared reads.

“You’re in the final stretch of another transformative chapter, smile knowing it’s all coming to a peaceful end. The lessons you needed to learn are now engrained permanently in your mind. The habits you needed to kick are now a memory of your past. The energies you needed to let go of have been released from your mind, heart, and spirit. These final moments, before you ascend, requires the utmost faith, patience, and humility from your soul. What’s waiting on the other side of that door for you is beyond anything you’ve every visualized. Prepare to be amazed; the warrior in you has earned its divine surprise.”

To be clear, this is not a direct admission of retirement from Heath. Although it is hard to look at the sentiments being shared in this point and wonder if he is looking to start a new chapter of his life.

If he does choose to walk away from the sport, nobody would blame him. He has spent years as the best in the world, and has nothing left to prove to anybody.

Do you think Phil Heath is retiring from bodybuilding?