These top Men's Physique competitors are gearing up a few weeks out from the Olympia! 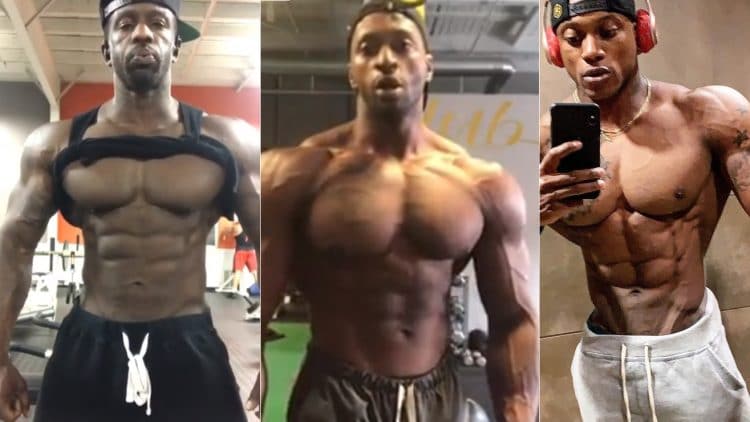 The Men’s Physique division is much different than the Open and Classic Physique divisions. It’s not your typical bodybuilding display where men wear posing trunks. But rather, it’s a division where competitors wear board shorts and are judged by stage presence, muscularity, conditioning, and symmetry.

The look of a Men’s Physique competitor should be more of the “ideal” physique. And there are many very impressive top athletes in the Men’s Physique division who will be competing in September for the title. Here are the top potential contenders for the 2019 Olympia and a little preview of each…

Brown will have to really work on his conditioning to bring something to this year’s Olympia but he’s pretty symmetrical. Here’s a recent video…

The reigning Men’s Physique champion (2018), Brandon Hendrickson is the ideal of a Men’s Physique competitor. His muscle size, shape, symmetry (Muscle balance), and conditioning have placed him at the top right and he’ll be the guy to watch in 2019. Hendrickson dominated the competition in 2018 and he’s looking very good 3 weeks out. You can see how impressive his shoulder to waist ratio is in this very recent photo.

Raymont Edmonds has a very appealing physique with good size and balance between his muscles. So it’s no surprise he had a pretty accomplished 2018. He was the 2018 Olympia and Arnold Classic runner-up in the Men’s Physique division. He won the New York and Pittsburgh Pro last year and then went on to place 2nd at the 2019 Arnold Classic Men’s Physique contest before winning the Pittsburgh Pro once again.

He’s looking insane with the Olympia around the corner but if he can bring the fullness and conditioning he could win the show.

Ryan Terry from the U.K. is another strong contender for 2019, placing 3rd at the Olympia last year after finishing 6th in 2017. Terry has been a pretty consistent competitor placing in the top 10 and even top 5 regularly since turning Pro in 2013. He was the runner-up at the 2016 Olympia Men’s Physique and took first at the 2017 Arnold Classic Men’s Physique show.

Terry is a well-known fitness model who sports a pretty impressive physique. His midsection is insane but conditioning will be a big factor in his placing.

This photo is from just a few days ago…

Andre Ferguson is a beast of a competitor and 13x champion. He won both the 2018 and 2019 Arnold Classic Men’s Physique contest which is a great accomplishment. But he’ll need to bring big improvements into the 2019 Olympia is he’s to improve from his 5th place finish last year.

Here’s a recent pose just weeks ahead of the 2019 Olympia and the caption read… “Oh you know nothing crazy, just prepping getting ready to take maybe 5th or 6th in 3wks at the Olympia“. But he’s probably feeling confident with how full and lean he’s looking right now.

Jeremy Buendia has had a rough year with domestic violence accusations made against him but he’s still doing his thing. Buendia is a 4x Men’s Physique champion (2014, 2015, 2016, and 2017) but fell to 4th place in 2018 which must have been devastating for him after being at the top for many years.

Jeremy Buendia announced his retirement earlier this year but he’s still training like a competitor and even practicing his poses, so who knows what’ll happen.

Well, we’re only weeks away from the Olympia and now you’ve seen how several of the top contenders are looking so far. Brandon Hendrickson will be looking to repeat while Raymont Edmonds could be right on his heels.

But all of these competitors are looking very impressive ahead of the Olympia in September. Symmetry and conditioning will play a big role in the decision for placings but we can’t forget that stage presence is also considered. So, we’re hoping for an exciting matchup between the top guys in the Men’s Physique division.