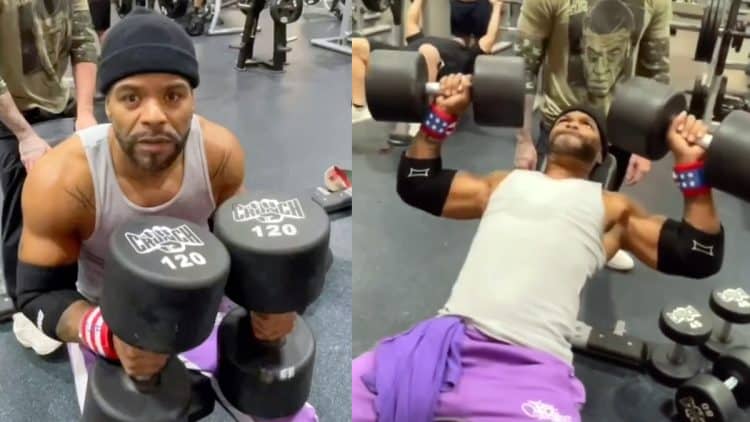 Rapper Clifford Smith Jr., better known by his stage name Method Man, has created a lasting legacy in the hip-hop space. He shot to stardom with east coast hip hop music that puts more emphasis on complex lyrics for attentive listening instead of dance beats. Over the last three decades, Method Man has created music solo and a part of the Wu-Tang Clan. The group is highly regarded for popularizing and developing East Coast hip-hop and hardcore hip-hop styles. Method Man was also one half of the Method Man and Redman hip-hop duo. The Long Island native’s career went beyond music in the late 1990s and 2000s when he tried his hand at the movies and television.

Having achieved the highest of highs in the music industry, Method Man has shifted his focus to health and fitness over the last few years. The 51-year-old trains rigorously and regularly posts training videos on his social media accounts. In November 2022, he posted a video of a jaw-dropping 500 lbs deadlift single. For the uninitiated, the famed rapper’s growth has been quick and consistent as he has progressed from 435 lbs and 475 lbs deadlift PR in a little over two years.

In today’s day and age, pharmacological assistance for improving performance is more common than it has ever been. As a result, a lot of gym records are suspected to be a result of Performance Enhancing Drugs (PED) usage rather than nutrition, training, and a healthy lifestyle in general. Recently, we all witnessed Brian Johnson AKA The Liver King getting exposed for lying about the PED use. So it is obvious that similar speculations exist about Method Man’s feats of strength in the gym.

The 51-year-old has his own Sportswear brand Tical Athletics that he sports in his gym videos. On Tical Athletics Instagram account, he posted a video of him doing 120 lbs incline dumbbell press for ten reps. In the caption to the video, Method Man implied that he did the blood work to test for PEDs and passed the test with flying colors. The video was reposted on his personal Instagram account. See it here:

“Natty-Life! Tested and approved!!” The caption to the post read.

Method Man had a savage reply to the doubters in the very beginning of the video and said:

Irrespective of the natty status, Method Man has become a huge source of gym motivation for his followers. Let’s hope he does not slow down and adds new personal records and achieve greater levels of fitness.