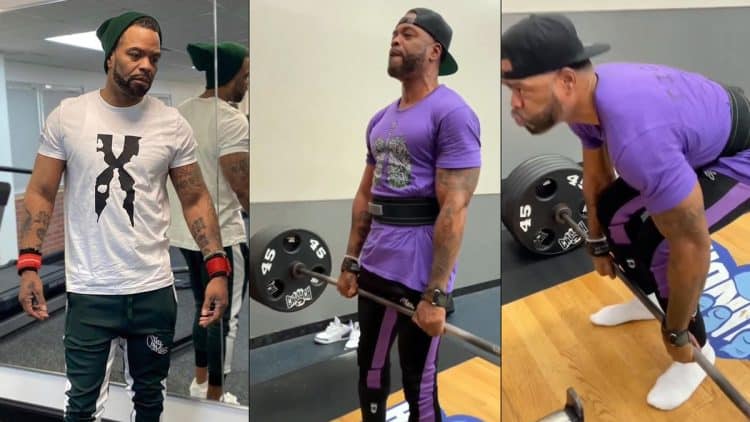 Method Man, real name Clifford Smith Jr., is widely respected as one of the most influential rappers of all time. The legendary lyricist developed a passion for fitness and has recorded some huge lifts over the years. In a recent video posted on his Instagram, Smith Jr. performs a massive 500-pound (226.8-kg) deadlift.

Method Man first made headlines for his dynamic style of rhyming on old-school beats. His celebrity status skyrocketed when he partnered with fellow hip-hop artists such as RZA, Raekwon, and Ghostface Killah to form the Wu-Tang Clan. The group is widely credited for spreading the sound of the region and helping inspire the next generation of hardcore hip-hop talent throughout the country.

Clifford is a revered figure in the urban music space and maintains his presence in the industry. Being in the later stages of his entertainment career, Method Man started dedicating himself to fitness and personal health.

The 51-year-old regularly uploads training videos to motivate his 2.1 million followers on the Instagram. He also launched his own sportswear fashion brand Tical Athletics, which he can be seen sporting in his workout clips.

In May 2020, Smith Jr. made waves after pulling off a respectable 435 pounds (197-kg) on the deadlift for four reps during training. Earlier that year, he also gave a look into his chest workout sessions, where he performed an incline dumbbell chest press of 115 pounds for seven reps and 315 pounds for a triple.

In a recent Instagram video posted to his account, Smith Jr. can be seen performing a massive 500-pound (226.8-kg) deadlift for one rep. He used a lifting belt and wrist wraps during the video.

Method Man has progressed quickly in the training room. In Mar. 2021, he achieved his previous PR of 475-lb (215.5-kg) on the deadlift. He revealed it was a goal he had been targeting during the pandemic and finally achieved it after a few months of hard work.

In Jul. 2021, Smith Jr. got back to the gym to perform an incline dumbbell press with a 100-lb dumbbell in each arm for 12 reps. He showed off his impressive stamina as he eased through the grueling set. He also recorded a huge 315-lb bench press for five solid reps in August and has no intentions of slowing down any time soon.