Mike O'Hearn does bicep training with the legendary chef of the White House, Chef Andre Rush 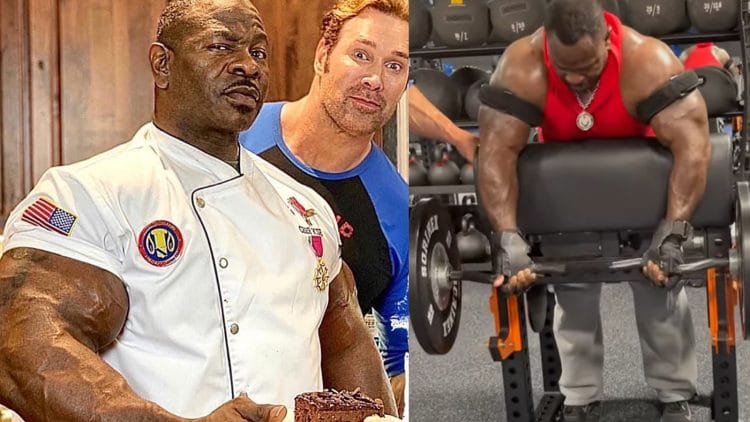 At 52 years old, Mike O’Hearn is still able to hang with most top level athletes. He recently found himself training arms with White House Chef Andre Rush, and he got pushed to the limit.

O’Hearn is known for his insane amount of anti-aging ability, as he is still in tremendous shape for someone his age, after years of competing as a natural bodybuilder. As for Chef Andre Rush, he has made his career as a chef for the White House, working there for 21 years, before gaining notoriety for his enormous physique and gigantic arms.

These two forces of nature came together for an arm training session that Mike posted to his YouTube channel. The main focus of this session was bicep training, but it quickly evolved in these two physical specimen being impressed with what each other brings to the table.

When the video starts, Mike O’Hearn walks up on Chef Andre getting a blood flow restrictor put on his arms. The only problem with that, is the fact that they did not have any arm bands that would fit around his massive biceps, so instead they had to strap him up with leg bands.

First the men completed some dumbbell hammer curls, all the while Mike cannot help himself from complimenting how strong Andre is. After this were preacher curls, with Mike whipping out some serious weight, seemingly easier than Chef Rush, before bringing up how massive Andre’s arms are, once again.

“Just so you guys understand. These are 24 inch arms. These bands are not for arms. These are the leg bands, that we are using on his arms. That’s how jacked this man is. So most of you that are watching this, his arm is the size of your leg,” O’Hearn said about Chef Rush.

When Mike did his preacher curls, he did them with a reverse grip, as opposed to the tradition underneath position done for this lift. He says that it was so he could open up all the parts of the arm while doing it, and get the most out of the exercise.

“I reversed it, truthfully just to open up the arm. Open up means I want the joints and the elbows to fire from all different positions. It’s great my arms are getting pumped, they’ll get pumped regardless. But I want my elbows and my wrist to rotate, I want my shoulders to open,” O’Hearn said.

This was an interesting collaboration between two of the fittest people in the world. It is hard to say who is more impressive between Mike O’Hearn and Chef Rush, but this was a solid workout.