Milos Sarcev’s Biggest Regret from Bodybuilding Career: “Using The Synthol In My Arms”

Renowned coach, Milos Sarcev talks about one of his biggest regrets during his time in bodybuilding. 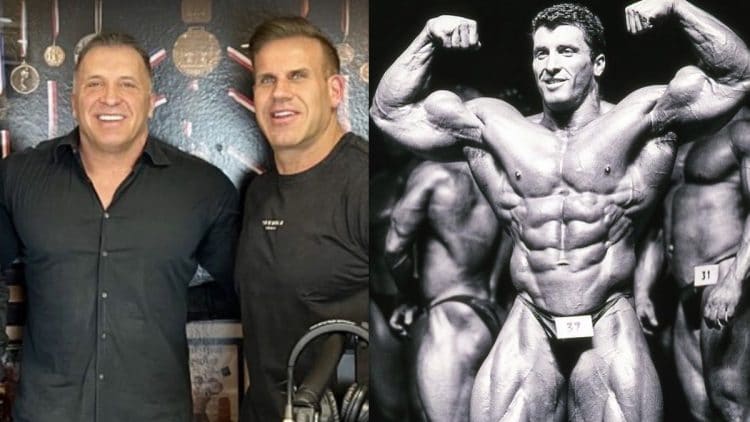 Hailing from Serbia, Milos Sarcev is a former bodybuilder-turned coach and has a wealth of experience in the sport. Recently, Sarcev spoke with 4-time Mr. Olympia Jay Cutler on YouTube about his biggest regret in bodybuilding.

Sarcev was a very active bodybuilder during his prime. He was known for his incredible size and attention to detail. Before advancing to the Pro stage, Sarcev became Mr. Yugoslavia twice. Early in his budding career, Sarcev earned his Pro card after winning the 1989 WPF Mr. Universe contest. Milos has competed in more than 70 bodybuilding shows.

Despite no longer competing, Sarcev still has a huge influence on the bodybuilding community. As of late, his focus has been on growing newer generations of talent. Regarded as one of the best coaches in the industry, athletes seek out Sarcev with hopes to improve their physiques for future shows.

One notable bodybuilder who is currently preparing with Sarcev is Regan Grimes. Grimes placed fifteenth at Mr. Olympia in 2020 and 2021. To make gains inside and outside of competition, the pair have been working together to improve Regan’s physique and posing techniques. Given his vast knowledge in the sport, when Sarcev speaks about his biggest regret in bodybuilding, it’s certainly worth hearing out.

Milos Sarcev Points at Synthol as his Biggest Regret

Recently, Milos Sarcev made an appearance on the Cutler Cast podcast and explained to Jay some of the issues he experienced with Synthol.

“The biggest regret for me is using the Synthol in my arms. Okay, up until 97, I mean I was told many times, with the bigger arms you have a chance right. And we were using clan (Clenbuterol) back in the day. Then Kevin came to 97 Olympia, remember Flex was supposed to beat Dorian Yates, and then he pulled out of the show 2-weeks out. Milos Sarcev explained.

Then, you know Kevin was looking for him, and then said, ‘Milos can you please give this to Flex because he had to go back to England’ and so there was like 12 bottles of something. I said ‘what is it?’ He said Synthol, you inject it in small body parts, and I said ‘oh wow’. So just take half.  So, you know of course I started, initially I was getting great results with that one. I don’t want to say great results because I never want to encourage anyone to do it. It’s the biggest mistake.”

Sarcev placed in tenth at Mr. Olympia in 1997. The bodybuilding coach admits that taking Synthol was one of his worst career decisions. While the site enhancement oil was meant for Flex Wheeler, Sarcev took it instead and at first, was impressed with the results. However, after he ran out of the 12 bottles, someone else gave him a batch from South Africa which he believes may have been contaminated with silicone.

“I got my arms to 22 and a half inches. Like oh! You know I was slow, but it changed the shape of the anatomy. Then I ran out of that one, and then someone else gave me from South Africa, and that probably had some silicone in it. And it really it was super hard to push in anyway. Sarcev said. Then I realized that was like crystals, fibrotic tissue, necrotic, and then you touched my arms, and it was like of my god it’s dead to a door.

So, when you sell your soul to the devil, you get result and then the devil comes and claims it so the bigger arms that I had for a year, like a brick. It’s embarrassing. It would be visible but 2006, kind of I could pull it off, specifically posing. If I put forearm close to the biceps you know not away, to 99 and then Night of the Champions it looked ridiculous.”

After dramatically growing his arms, Sarcev ran out of the substance and found a different source. However, the bodybuilding guru attests that the new batch was hard to push into his body, and it caused his injection sites to become necrotic, which he described as feeling ‘dead’.

In 2006, Milos was confident that he could still compete in the sport but mentioned that the Synthol damage to his arms was still visible. Despite getting bigger biceps, Sarcev equates Synthol use to making a deal with the devil as the drawbacks were overwhelming.

Given his influence on the sport, it’s refreshing to see a coach as decorated as Milos speak about the dangers of using such substances. Revealing Synthol as his biggest regret in bodybuilding, at least Milos can relay that sentiment to the bodybuilders he’s coaching nowadays.