We all have training off days when hitting your rep target seems all but impossible. Use these psychological strategies to make sure your workouts are productive, even when you aren’t feeling your best. 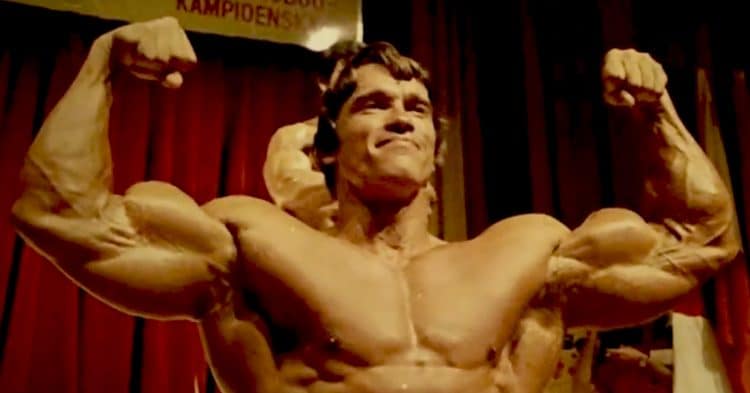 I’ve been a competitive athlete for all of my adult life and most of my teenage years too. That adds up to almost 40 years of consistent training. And while the sports have changed over the decades, the one constant has been strength training. It didn’t matter if I was training for triathlon, rugby, rowing, or rock climbing; I’ve religiously hit the gym anywhere from two to four times per week. That’s a LOT of workouts!

During that time, I’ve enjoyed periods of training where everything felt easy, and progress came thick and fast. But, I’ve also experienced lows when, frankly, my motivation levels were in the doldrums, and progress was painfully slow.

Rather than give in to the difficult times and quit, I’ve constantly looked for ways to maintain my motivation for training and make sure that, even on my off days, I could still leave the gym feeling like I’ve achieved something worthwhile.

In this article, I reveal a few of my favorite psychological tricks for getting more reps per set, even when you aren’t in the zone. These methods have worked for me over the last four decades, and I sincerely hope they work for you too! 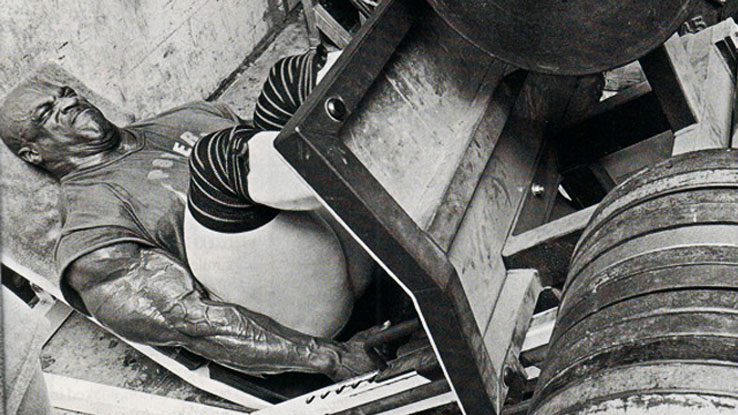 High rep sets can be daunting. It doesn’t matter if you are doing 20-rep squats, trying to break your personal record for pull-ups, or doing sets of 10-12 reps of bench presses; if that first few reps feel hard, it’s all too easy to feel defeated before you start.

If you start your set with a negative mental attitude, or that negativity begins to creep in mid-set, you may not reach your rep goal.

Chunking shifts your focus away from the total number of reps you want to do per set and shifts it onto a much smaller, less intimidating number.

For example, let’s say you have planned to do 12 reps of heavy leg presses. 12 is a big number. It would be easy to let the idea of doing 12 reps psyche you out. So, instead of thinking about the whole 12 reps, break your set down into smaller chunks, such as four reps.

The chunking method works really well with high rep sets, but that doesn’t mean you can’t use it for lower reps too. For example, for a six-rep set, count in twos or threes. You can also use chunking for cardio, breaking something like a 20-minute workout done into five-minute blocks.

As an athlete, most of my training revolved around strength and power workouts, typically in the 3-5 rep range. Sets of ten or more reps were rare. Now I’m in my 50s, I tend not to train as heavy, and higher reps are the norm.

Initially, this was a big shift. When you’re used to doing sets of three reps, 15 reps feel like a marathon! The “and” reps method makes high rep sets seem shorter and, therefore, less overwhelming.

For this strategy, you only count every other rep. For example, instead of doing a 12-rep set and counting each one, you’d count like this:

You’ve still done twelve, but by only counting every other rep, the set seems a lot shorter. Mentally, the “and” reps don’t seem to register the same way the numbered reps do. It’s like they’re less important and not as fatiguing. It feels like you are doing fewer reps than you actually are. Make this method more effective by emphasizing each number you count but saying or thinking the “and” more quietly. Weird, but it works.

Again, this method works best with higher-rep sets, but that doesn’t mean it won’t work with lower reps sets, too. 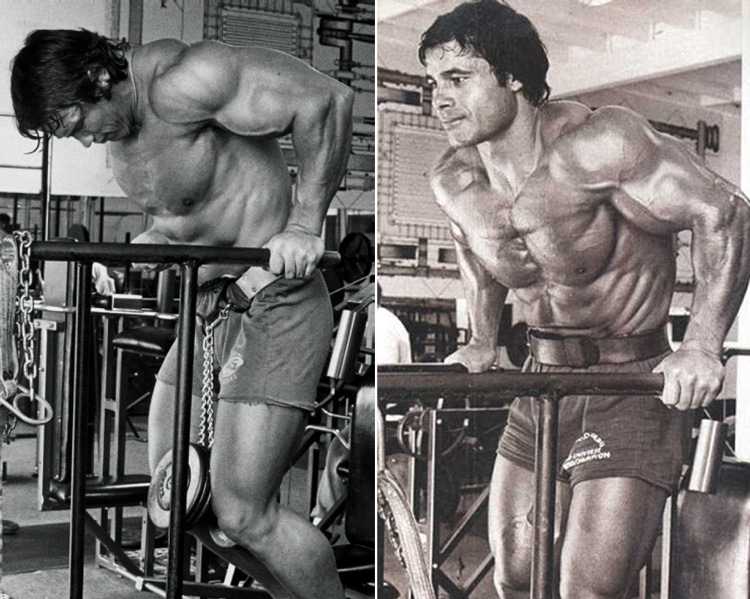 Almost every exerciser and trainer I know counts upward. This means, as fatigue increases, so too does the number you’re thinking about. For example, imagine you’re doing ten reps, and you’ve reached your sixth; you’ve still got 7, 8, 9, and 10 to go. That sounds like a lot, and all those high numbers can be intimidating.

If you count downward, the numbers get smaller as you start to tire, which feels less overwhelming and more manageable.

Counting backward is a very simple trick, but it works well for both high and low-rep training. You can also use this method for cardio. Simply use a countdown timer instead of a stopwatch to determine the length of your workouts. 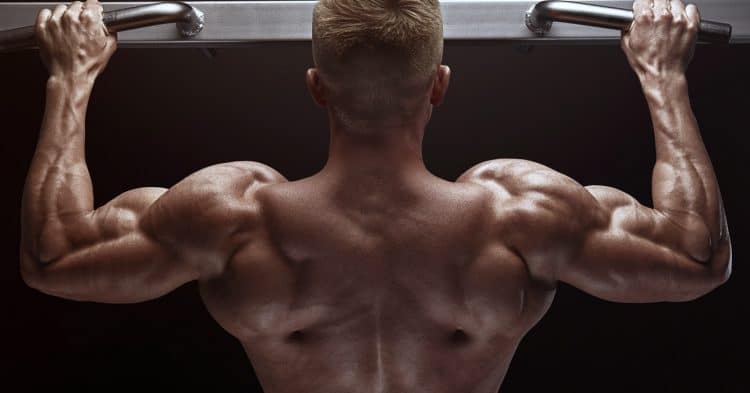 Ladders are an effective way to get more work done without realizing it. Using the ladder method, you break your set down into several smaller sets to accumulate more reps than normal.

For example, let’s say that you can do 12 pull-ups in one go but want to do more. Using a ladder, you do this instead:

You have now done 15 reps – three more than usual. Rest a moment and repeat the entire sequence.

You can achieve the same outcome using a descending ladder. If you find counting downward easier than counting up, this method may be more appealing: 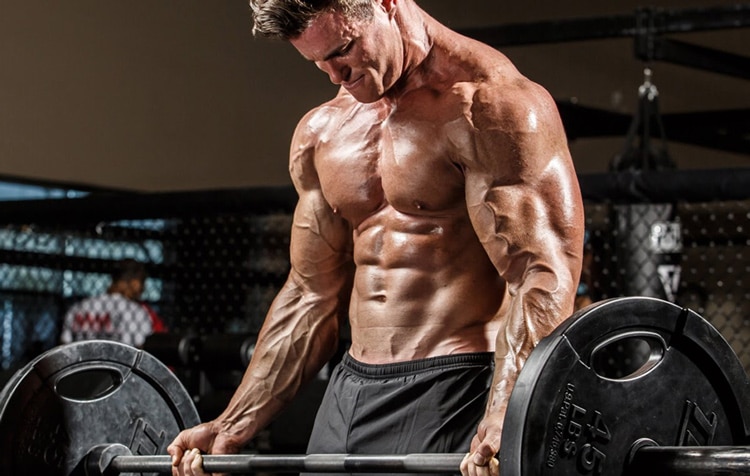 Almost all of the methods I use to trick myself into doing more reps are forms of psychological distraction. This is a legitimate sport and exercise science tool. If you are distracted, you’re less likely to think about how uncomfortable or tired you are. The sooner you start to dwell on how you feel, the sooner you’re likely to throw in the towel and bring your set to a premature end.

Using letters and not numbers takes your mind off how many reps you’ve done and have left to do but still allows you to work toward a target.

For example, if you want to do eight reps per set, recite the alphabet upward from A to H. Because you have probably never allocated a numerical value to each letter of the alphabet, doing H reps may feel easier than doing eight.

Needless to say, this method works best when you don’t apply a number to the letters you are thinking of, such as C=3. Focus on the final letter of your set and try to block all thoughts of other numbers from your mind. 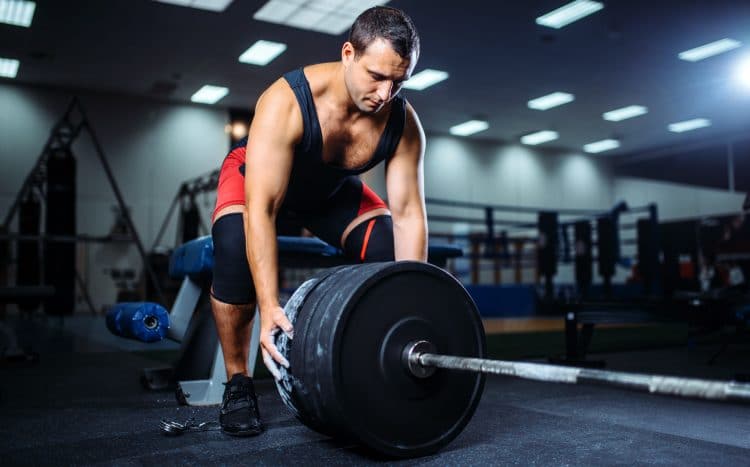 As a powerlifter, I loved to see rows of 20kg/45lbs plates loaded onto a barbell. A bar with four or five big wheels per side just looks cool! But all those bumper plates can also look intimidating; you just know it’s going to be HEAVY.

You can trick yourself into thinking that a heavy weight is lighter than it is by loading the bar with smaller diameter plates. For example, instead of using all 45s, use 25s, 10s, and 5s to make up the same weight.

It might not look as hardcore, but that’s the point; if it looks lighter, you may feel less overwhelmed by the load you are about to lift. A more positive mindset at the start of your set could mean the difference between success and failure. 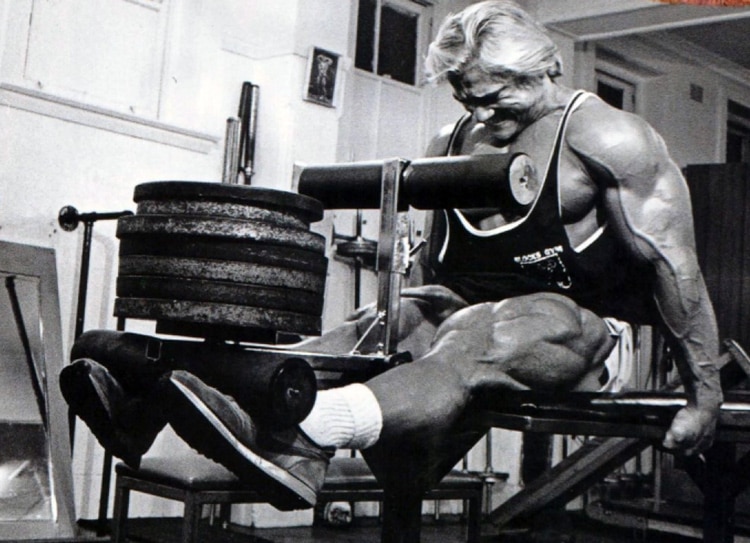 Have you ever reached the end of a set, felt that you could do more, but then stopped anyway simply because you planned to do a specific number of reps? You are not alone! Working toward a target, such as eight reps, is helpful but can also mean that you end up leaving reps in the tank if you allow that number to determine when your set is done.

Avoid this problem by not counting at all and just repping out until you are unable or unwilling to do more. This is NOT easy; we’re hardwired to count repetitive tasks, but if you go by how you feel rather than some arbitrary number, you are more likely to reach the level of fatigue and exertion that will trigger the training response you want.

One way to do this is to monitor your technique and movement speed; instead of counting, focus entirely on your performance. Keep repping out until you notice that your movements are starting to slow down and that your technique is starting to falter. That’s a better place to end your set than a predetermined number. As fatigue increases, you’ll reach this point sooner during each subsequent set. However, each of those sets will be as productive as possible.

Most workout programs dictate how many sets you should do – usually 3-5 per exercise. But, if you are having an off-day, all those sets can be off-putting. The heavy five sets of five workout (aka 5×5) is particularly grueling.

Doing fewer sets means you can focus more on workout quality than quantity and invariably allows you to do more reps per set.

For example, instead of doing five sets of five reps with 225lbs, try doing three sets of six with 225 instead. You’ll get very similar benefits, but with fewer sets, you should experience less fatigue and will probably recover faster too.

If the idea of doing lots of sets is daunting, maybe because you’re feeling tired, try doing fewer sets and the same or more reps with the same load. Knowing that you are only doing 2-3 sets and not 4-5 should create a more positive mindset, resulting in a better workout. Remember, too, that there is such a thing as too much workout volume, and more sets are not necessarily better.

Psychological Tricks for Getting More Reps Per Set – Wrapping Up

There is nothing wrong with counting your reps in the usual way or doing your workouts the way you’ve always done them. If it works for you, you should stick with what you know. After all, if it ain’t broke, don’t fix it, right?

But, if you want to increase your performance, get better results from your workouts, or just inject your training with a little of the variation that may help you get more from your gym time, try these methods.

They’re not especially scientific, and there are no studies that support them, but I can tell you they have worked for me, my clients, and other athletes I’ve worked with. Even if any of these methods means you can do just one more rep, it’ll be worth it. After all, it’s those extra reps that are the difference between a good workout and a great one. 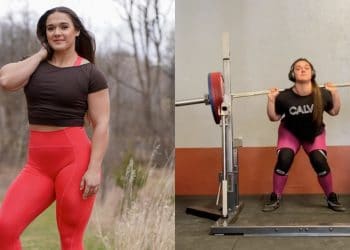 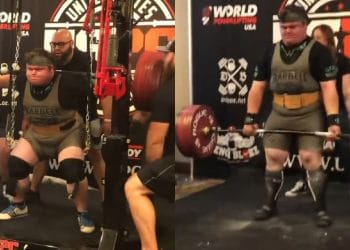