Nick Best wraps up an incredible career, which spanned over 16 years. 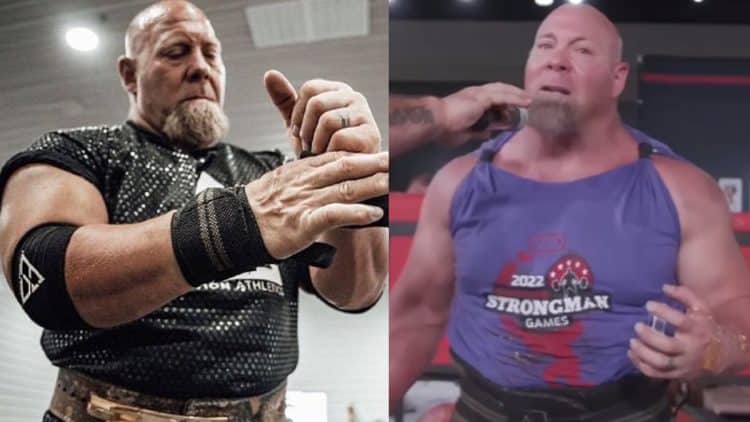 The 2022 Official Strongman Games took place on November 12-13, 2022, in Daytona Beach, FL, and surprisingly to everyone, Nick Best announced his retirement at the end of it. Best competed in the Masters 50+ Years Old division, where he ended up finishing in second-place, just behind another iconic Strongman, Mark Felix. Having turned 54-years-old a few days ago, Nick thinks that now is the right time to retire.

The risk of injury in strongman is extremely high, making Nick Best’s decision all the more understandable. It was just a matter of waiting for the right opportunity, which proved to be the 2022 Official Strongman Games. Nick firstly took off his shoes and placed them on the platform, which signified that he would be wrapping up his career. Just moments later Nick confirmed the meaning of his actions. During the interview, he also thanked everyone for their support.

Watch the moment when nick placed his shoes on the floor here:

A Look Back At Nick Best’s Strongman Career

Nick Best had his debut in professional Strongman back in 2006, when he took part in the America’s Strongest Man contest. He got a sixth-place finish and it was clear that his potential was enormous. Soon enough, podium finishes started becoming a standard for him. Nick ended up taking part in 36 International competitions and winning three of those.

Apart from these, Nick Best has also impressively taken part in ten World’s Strongest Man contests. At the 2010 WSM, Nick placed sixth in his first appearance at the most prestigious Strongman show. He also made the finals in the 2017 WSM, but finished in tenth place.

Although Nick Best will not compete in any more full Strongman competitions, he could be back to perform single events or break World Records.

As his Strongman appearances got less frequent in recent years, Nick Best started focusing on powerlifting again. In 1985, he began competing in this sport, which became his first love. In 2016, Nick returned to powerlifting after stepping away from the sport in the 2000s. He has so far taken part in 33 sanctioned meets and won 20 of them. In addition, we will probably get to see him compete in powerlifting at least a few more times

Robert Oberst hinted toward the second season of the hit TV show “The Strongest Man In History”, where Nick Best was expected to be one of the main characters again. However, it is not clear if anything will change now that Nick has announced his retirement. Regardless of that, Nick has been one of the men that have helped shape the sport into what it is today. So, his legacy will forever remain one of the greatest.