Ultimately, Nick Best placed third at 2022 Clash Of The Masters. 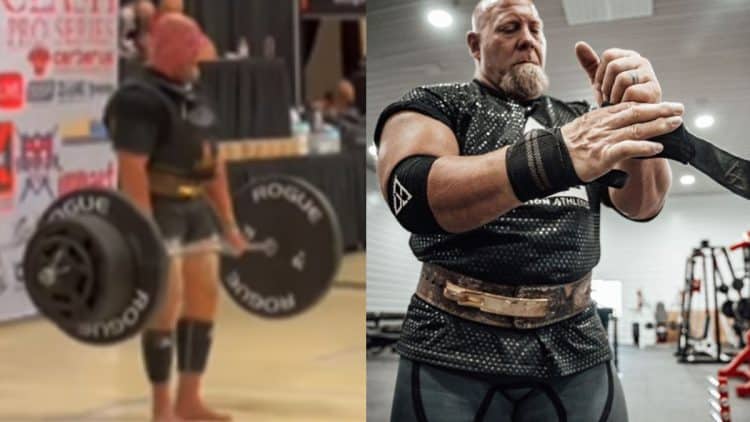 The 2022 Clash Of The Masters took place on July 23, 2022, in Columbia, MO. The event gathered some of the best strongmen in the world, including the legendary Nick Best. This was Nick’s comeback to the sport, as he dedicated the majority of his time to powerlifting in recent years. In spite of this, Nick managed to finish third, proving he still has what it takes. Only Tim Filus and Travis Ortmayer had a better placing than Best.

A few weeks ago, Nick Best performed a 700-pound (317.5-kilogram) 13-inch deadlift for eight reps in training. He did that because that exact format of the lift was announced to be one of the events at the 2022 Clash Of The Masters. So, when the time came, Nick put up an amazing performance, and deadlifted 700 pounds (317.5 kilograms) for 10 repetitions. He showed off incredible pacing, as he performed all of his reps in a steady manner. Nick used a deadlift suit, lifting belt, and lifting straps to complete the amazing feat of strength.

You can watch the 700-pound deadlift set here:

While Nick Best didn’t win the 2022 Clash Of The Masters, his comeback still stands out. Although Nick is 53 years old, he still has the strength to lift some incredibly heavy weights. His last competition prior to this was the 2020 World’s Strongest Man, so he has been on a break from Strongman for almost two years.

Although he took a break from Strongman, Best continued training for strength, mostly doing powerlifting. As expected, Nick found success immediately, having won the Men’s Masters 50-54 Division of the 2022 World Raw Powerlifting Federation (WRPF) FQ Classic 2. The powerlifting training obviously had a tremendous impact on Nick’s deadlifting abilities, which proved to be one of the greatest attributes in his Strongman comeback.

Nick Best amassed some incredible experience as a Strongman athlete. He competed in 36 International competitions, and five national ones. He won three of those, but also grabbed numerous podium finishes. Throughout his career, Nick took part in 10 World’s Strongest Man contests. He got to the Finals two times, while his greatest finish was in sixth place.

In addition to powerlifting, it’s great to see Nick Best back in strongman. Furthermore, this was also not a one-time thing, as Best already got an invitation for another competition. He intends to compete at the 2022 Official Strongman Games (OSG) in the Men’s Master’s 50+ division. This event will take place on November 11-13, 2022, in Daytona Beach, FL.