The bodybuilding veteran shared some secrets to longevity and discussed Hunter Labrada's journey to become a Mr. Olympia champion. 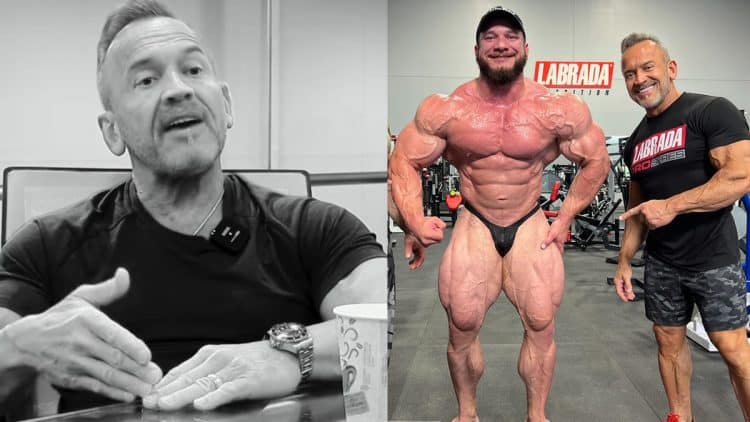 Bodybuilding veteran Lee Labrada is dedicated to longevity at 62 and recently discussed his son’s rise in the IFBB. In a video with retired Pro Fouad Abiad, Labrada shared techniques for staying in shape and revealed Hunter Labrada will retire ‘relatively young’ once he becomes Mr. Olympia.

“I get some kind of exercise every day. Weight training is my heart. That’s what I love,” Lee Labrada said.

During his tenure, Labrada was celebrated for his spectacular muscle definition and aesthetics. While he was unable to capture the coveted Olympia title, he placed in the top four at the prestigious event for seven consecutive years. Lee pushed some of the best bodybuilders in the sport’s history like eight-time Mr. Olympia Lee Haney, Rich Gaspari, and Shawn Ray.

Since stepping away from the sport, Labrada has prioritized his health, and given the risks associated with bodybuilding, it seems to have paid off. At 62 years old, he continues to train and credits bodybuilding as the closest thing people have to a fountain of youth.

The last time fans saw Labrada, he was annihilating his lower body with the belt squat machine. In order to preserve his joints, he likes to utilize exercises that will take the stress off the spine. Instead of sharing another workout tip, the bodybuilding veteran talked about his health and the future of his son Hunter’s bodybuilding career.

Lee Labrada on Longevity: ‘You Can’t Out-Train a Bad Diet’

During the discussion with Abiad, Lee shared how he stays in spectacular shape at 62. He loves to weight train and stressed the importance of a good diet.

“I’ve eaten the traditional bodybuilding way, which is to say five to six meals a day for over 45 years. I really do take good care of my health. I eat very very clean. That helps me to stay lean. It helps me to stay healthy,” Lee Labrada said while discussing his longevity.

“Sure. I occasionally will have like a bowl of ice cream, or you know, if somebody is having pasta, I’ll have a few bites. That kind of thing. But I tend to eat the good bodybuilding food first, and my wife is a fantastic cook so it’s not like I’m eating dried chicken breasts and dried potatoes.”

When eating food, Labrada underlined that moderation is ‘the key.’ When he’s consuming a meal, he’ll save 25 percent of the food and wait five minutes to reassess if he’s still hungry.

“Moderation is the key. That’s the thing,” says Labrada. “Because what I do is I eat proportionately. I eat slowly. Then I eat until I’m full. A lot of times I’ll leave like about a quarter of the food left on my plate, and I’ll sit there for five minutes and talk to you or whatever. Then if I wanna finish I do, if not, I just push it away. I eat until I’m full, but I don’t stuff myself.”

According to Labrada, bad diets can’t be remedied with just training.

“Food is primary right because you can’t out-train a bad diet, we both know that. Assuming that your food is nutritious calorically, it’s dense with nutrients and you’re not overdoing it in terms of eating junk or extra calories and that kind of thing.”

In the last few years, there have been an alarming number of deaths in bodybuilding. Lee believes his son Hunter understands the dangers present in the sport. He added that Hunter’s cycle is ‘very conservative’ by today’s standards.

“Of course it gives you pause okay. It’s like running the engine in the car at second gear at 60 miles an hour right — you don’t want parts to start breaking.

It’s hard on the system. I’m familiar with that but there are things that can be done to mitigate health-wise and to his credit, he has. He monitors. He has a regimen that is very conservative by the standards today. That gives me more peace of mind.”

Lee emphasized that there is life after bodybuilding and believes his son will retire ‘relatively young’ once he’s won a Mr. Olympia title.

“I told him the same thing that I told my wife. There’s life after bodybuilding. Anything that you do now, understand what the long-term consequences are. You want to make sure that you’re mitigating those things so that you’re body is not a wreck the day you choose to retire.”

“I think that the help aspect [of the sport] has definitely percolated in [his life]. He’s one of those bodybuilders who is going to retire at a relatively young age once he’s won the Mr. Olympia.”

As it stands, Lee’s son, Hunter Labrada is amid preparations for his third Mr. Olympia contest. Veterans of the sport have defended Hunter’s chances at the upcoming event. Former 1983 Mr. Olympia Samir Bannout suggested in September that Hunter has a shot at dethroning the champion if he brings ‘effective’ posing – one of his father’s most notable strengths.

While Hunter hasn’t mentioned how long he plans to compete, certainly Lee’s longevity will inspire him to make healthy career choices along the way. At 62 years old, Lee’s passion for bodybuilding burns bright as he continues to prioritize health in retirement.