Robert Oberst will conclude his Strongman career after one final performance at the most prestigious competition. 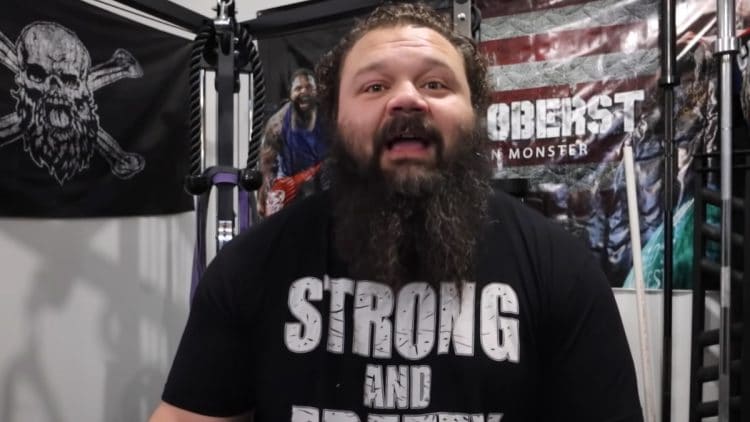 On April 16th, 2022, Robert Oberst posted a video on his YouTube channel where he addressed all details about his future plans.

“It’ll be hard to sit this (2022 WSM) one out… I will be back next year. I will be competing at the 2023 WSM once I prove myself at a Giants Live. After that, I will be done. This will be my riding off into the sunset.”

Robert Oberst will definitely qualify for the 2023 WSM, as he will be the main star of one Giants Live competition later this year. He has been assigned as the captain of Team USA at the inaugural 2022 World’s Strongest Nation, which will take place at the M&S Bank Arena in Liverpool, England, on November 26th, 2022. Team USA will battle Team UK, who are captained by Eddie Hall. This competition will serve as Robert’s qualifier for the 2023 WSM.

After retiring, Robert plans to build a ranch where he will cook food, hunt, and truly enjoy life overall. Robert Oberst also revealed that the popular TV show “Strongest Man In History” will be back for season two. The show was a hit because it gathered some of the strongest men ever, and they traveled the world performing historic feats of strength. Judging by Robert’s statement, it seems like Brian Shaw and Nick Best are ready to do it again.

“The Strongest Man In History is coming back… I talked to the boys, basically everyone but Eddie. I talked to Brian and Nick.”

Oberst explained that he spoke to the old producers of the show and they struck an agreement, so he confirms that it will happen. However, it is not to be expected anytime soon, as there is a lot of work that needs to be done.

Related: WATCH: Strongman Robert Oberst Eats As Much Sushi As He Can (15,000 Calories)

Robert Oberst had an incredible career, and he will have two more incredible competitions to top it off. Despite taking part in 15 international competitions, and winning none, Oberst went toe-to-toe with the greatest generations of Strongman athletes in history, and earned his place amongst the legends. He will turn 38-years-old in December, so he wants to stop before he suffers from some kind of a serious injury, which would affect the rest of his life.

Robert Oberst will now get the honors to lead Team USA in the first-ever edition of the World’s Strongest Nation. Hopefully, he will stay injury-free, as he stated in the video that his confidence and strength are finally coming back.