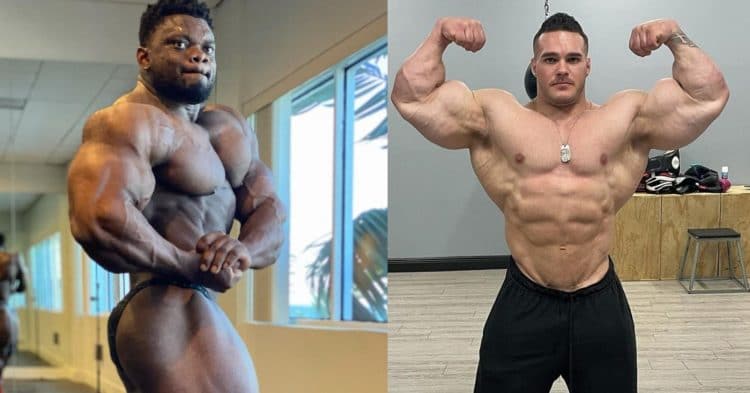 The rivalry between Blessing Awodibu and Nick Walker has been brewing for several months ahead of the 2021 New York Pro. Now it seems to be coming to a head, as Blessing sends an ominous message to Nick.

Few things make bodybuilding as exciting as a good rivalry, and that is precisely what we get from Awodibu and Walker. Even several months out from their meeting at the New York Pro, the pair started trading serious shots on social media.

Despite Nick saying that he would back off from the mind games, he and Blessing still seem to find the time to go back and forth. It has made for an entertaining sight, adding to the excitement that already exists of seeing these two compete.

As the weeks roll on and the New York Pro draws closer, Blessing Awodibu is still choosing to poke fun at his rival. He took this to the next level when speaking in a recent interview.

Here, the Boogeyman made it clear that he was still gunning for Nick. In fact, he offered Walker an ominous warning, before they face off on stage, explaining where he needs to improve if he wants to stand a shot at beating Blessing.

“Tell him to bump up his cardio. I think he might need to. Nick’s gotta come in super clean, super super clean, because it’s not going to be an easy fight,” Awodibu said.

“I think I’ll beat Nick. Nick has too many weaknesses. His legs are too short, he is too blocky, he can’t pose. When he stands by himself, he’s extremely impressive. Crazy muscles. But when you start to stick him next to proper bodybuilders, things start to look a little different.”

To be clear, Blessing does have some respect for Nick, despite their clear rivalry. He just has such an impressive confidence in himself, that he does not doubt his ability to get the better of Walker.

“I’ll give it to Nick, Nick is an impressive bodybuilder. He’s going to have a really good career and he’s doing really well for himself,” Awodibu said.

“He’s still young and he’s one of the most popular bodybuilders out there right now. So the man’s been putting in a lot of work and deserves a lot of attention. But on show day, we’re going to put Nick Walker in a walker.”

How do you think Blessing Awodibu will do at the New York Pro? Will he get the better of Nick Walker when they finally face each other on stage?