Nick Walker: ‘I’m Coming To Win And Make A Statement’ At Chicago Pro

Confident Nick Walker Details His Plans For Making Pro Debut At The Chicago Pro, And Hopes To Compete At The Olympia 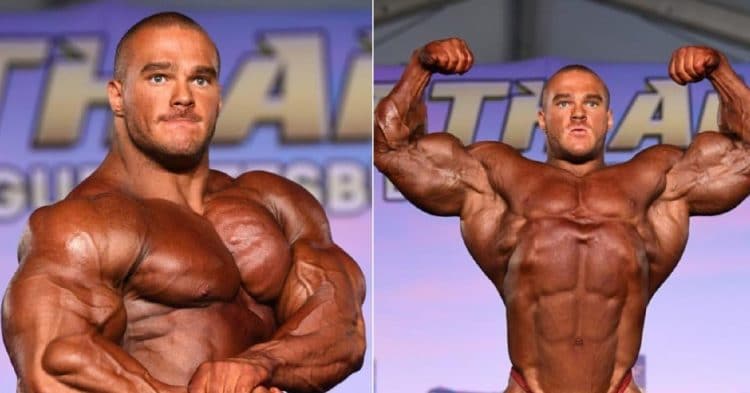 Highly touted prospect, Nick Walker has finally earned his Pro Card, and plans on wasting no time on making his pro debut. Heading into the Chicago Pro, he is ultra confident and even has plans to make an appearance at the Olympia.

It is rare to see the kind of hype that Walker has had, before he even earned his Pro Card. Fans who were paying attention to the sport were drawn into his insane physique and enormous arms, and felt that he had long deserved to be among the pro ranks. So of course, there was a large amount of excitement and hype when he finally scored his pro status by winning the North American Championships a few weeks ago.

Considering how much scrutiny is on Nick Walker, it came as no surprise that he wanted to make a quick turnaround from earning his Pro Card, in order to make his debut. This was precisely what he chose to do, announcing that he would be competing at the Chicago Pro on October 16th-17th. Speaking recently in an interview, he explained how confident he is in being able to win this show, and make a subsequent appearance at the Olympia.

“I’m very excited. I plan on winning Chicago. I do,” Walker said. “I know a lot of competitors that are doing it, and it’s going to be a very competitive show. It’s not going to be an easy win for anyone, but I’m coming to win and make a statement for myself.

“I’m just thinking about Chicago, and when I win Chicago I’m going to do the Olympia.”

As far as the Olympia goes, as confident as Nick Walker is in himself, he is not delusional enough to think that he will win. The way he sees things shaking out, is that Phil Heath will recapture the title, with last year’s champ Brandon Curry in second, and an Open Division debuting Flex Lewis in third.

“I think Phil Heath’s going to take it. I just feel that he’s had a good time off, and a good time to reset his body. I feel like he’s hungry to come back and get his Olympia title,” Walker explained. “If it goes where I think it’s going to go, I think Phil’s going to win, Brandon will be second, Flex will be third.”

How do you think Nick Walker will do when he makes his pro debut at the Chicago Pro? Do you agree with his picks for the 2020 Mr. Olympia?