Phil Heath address concerns of being rusty, and how his gut will look at his return to the 2020 Mr. Olympia 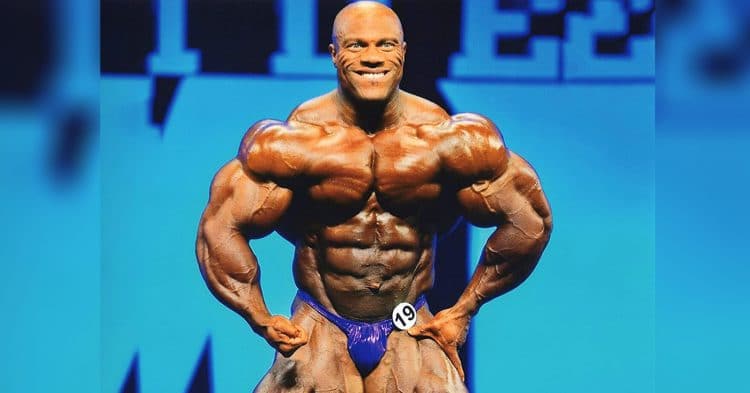 Seven-time Mr. Olympia champ Phil Heath knows that everyone will be focused on his midsection when he returns at the 2020 Olympia. To those critics, he had a very stern message.

When Heath decided to take a hiatus away from competition, it was after his streak of Olympia wins was broken in 2018. When he lost to Shawn Rhoden, it was in large part due to the questionable condition of his gut. From there he would sit out of competition, but he is set to make his return to the stage at the 2020 Mr. Olympia in just over a week. His return has the attention of fans who want to see him reach an eighth title, as well as critics who want to see him fail. Nevertheless it has garnered a lot of attention, and will even be the subject of a documentary.

When he does make his return, Phil Heath is aware that people are going to be laser focused on his midsection, to see if he has the same problems with his gut as in previous years. Speaking in a recent interview, Phil explained how ridiculous it is that these people think that his midsection will be a problem, as it was a hernia that caused the issues in the first place. Moreover, he challenged those critics to take a long look at themselves before pointing out the problems that he has.

“(Coach Hany Rambod and I) both know what everybody is going to be looking at, and it’s f–king hilarious” Heath said, referring to his midsection. “I think it’s hilarious and I say this to everyone watching the show, whether they are a judge, fan, or whatever. When you put that much emphasis on that one thing, I pray that everybody keeps the same energy on every other body part on every other athlete. That’s all I ask, because I think that’s fair.

“I feel like I’m obviously going to be in great condition,” Heath continued. “Everything is going to be where I need it to be. Otherwise I would have never came back. That just doesn’t make sense. I’m a pretty smart dude, if I still had injuries…I think a lot of people fail to realize that I had an injury. They’re just like ‘Oh he was bloated.’ It’s like, I was actually injured.

“That’s the hard part as an athlete, is that people will make things however they see it,” Heath explained. “I’ve caught the brunt of that in my career because, not to sound cocky about it, but when you’ve attained this type of status, that’s what people do. They just make up this type of narrative to substantiate their claim that you can’t do anything. It’s like the people saying ‘Well he hasn’t competed in two and a half years, he can’t do this,’ but how many Sandoe’s do you have? And who did you beat to get there?”

Now Phil Heath certainly has a point that haters are just going to hate, but the truth likely lies somewhere in the middle. While it is probably safe to assume that he is coming back as good as he can, there is also reasons to be concerned, simply given his last performance. Either way, it will be interesting to see how he looks after all this time, and if he is still the same ferocious competitor that he was in his prime.