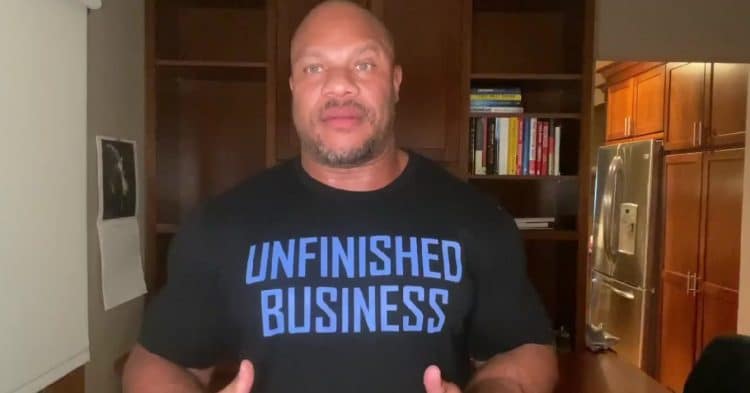 Bodybuilding fans around the world were collectively excited at the announcement that Phil Heath was returning to compete at the 2020 Mr. Olympia. Ahead of this return, he breaks down his reasons for coming back to competition.

When Heath last competed at the 2018 Mr. Olympia, he said that he would be taking time away, but that he was not retiring. However the more time that passed without him competing, the more it seemed like he would never return. Nevertheless he maintained that he was not retired, explaining that his focus was on other projects outside of competition.

Sure enough, true to his word, Phil Heath Announces recently that he would finally be making that return to action. The bodybuilding legend revealed that he would be competing at the 2020 Mr. Olympia. Following this big announcement, he took to his Instagram to explain the decision, and share why he decided to come back.

“Last Friday I made the announcement that I would be returning to the Mr. Olympia stage, and the response was incredible. I just want to say thank you for all the positivity. I was honored and humbled that you guys found such hope and inspiration through that message and announcement, amidst everything that’s going on in the world today.

“One of the why’s in my life, people always ask me ‘What’s your why? Why come back?’ so I was simply able to answer that by saying there’s just some freaking unfinished business to take care of. I obviously felt that in my soul, and that’s why I came back. Over the past year, and even over the past few months, I needed to figure out various aspects of my life, and I took that as an opportunity to take a step back and reflect and think about the relationships, business stuff, bodybuilding, and just the world. There was a lot of work done to shift priorities so I can make sure I focus on how I show up each and every day. Because I want to show up at a very high level, not just as a bodybuilder, but as a man. I felt like taking that time alone was necessary.

“I’m so grateful for everything that has transpired, because I knew that in order to be a better version of myself, I had to go through that process. In fact, I cleared out a really good path to go for number eight with a clearer mind and focus.”

Win or lose at the 2020 Mr. Olympia, one thing is clear: the fans are ultra excited to see Phil Heath make a return to the stage. Time will tell if he still has what it takes to compete at a high level. However if what we have seen over the last year or so is any indication, he has not lost much in his time away.