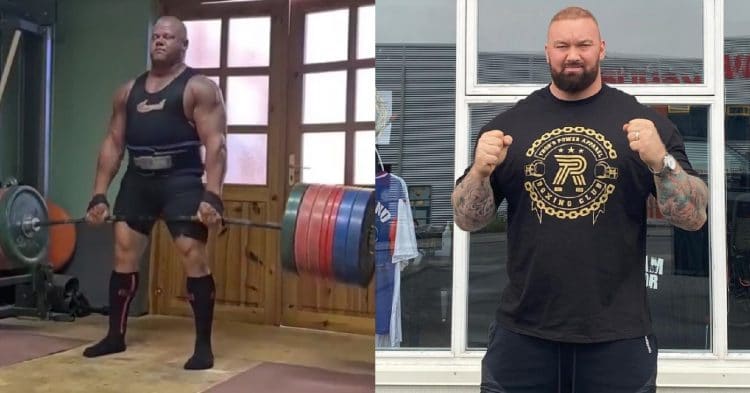 If you are a casual fan of strongman, you may think that Hafthor Bjornsson is the man, when it comes to deadlifting. However Rauno Heinla is proving to be someone who could potentially rival the numbers put up by the Icelandic champion.

The last few years have seen Heinla really cranking things up with his deadlifting skills. The Estonian athlete won the 2019 World’s Ultimate Strongman event, putting up an enormous 450kg deadlift. Immediately this made people realize that he was a forced to be reckoned with moving forward, even after Bjornsson hit the 501kg world record, earlier this year.

Now the product of this hard work is finally starting to pay dividends. Recently, Rauno Heinla took to his Instagram to share a wild session in the gym, where he managed to hit an unofficial world record. This was done when he somehow pulled 400kg (882lb) for six reps, all the while saying that he could do more.

To be fair, Heinla does look like he would he would be capable of doing more. Regardless he got the attention of Hafthor Bjornsson who, as previously mentioned, was able to set the world record for the heaviest deadlift of all time, by pulling 501kg in May. The 10-time winner of Iceland’s Strongest Man, as well as winner of the World’s Strongest Man, commented on the post, complimenting Heinla on his work.

This was some pretty good praise from someone who knows a thing or two about deadlifting. With Bjornsson apparently retiring, there is a chance for Heinla to emerge as a challenger to his world record. Of course, he would have to get in line first.

That being said, Rauno Heinla has been grinding away, working on his skills. Even when not competing, he is still hitting his PR deadlift in training. Here he is, pulling that 450kg again, but making it look easier than it was at the WUS event last year.

To put it mildly, Rauno Heina is an absurdly talented athlete, especially where deadlifts are concerned. Time will tell exactly how far he can take this, and if he will be able to solidify his world record in competition. Nevertheless it would appear that he is the genuine article, and that he is coming into his own with his skillset.