Ahead of his return at the 2020 Mr. Olympia, Phil Heath reflects on his 2018 loss to Shawn Rhoden 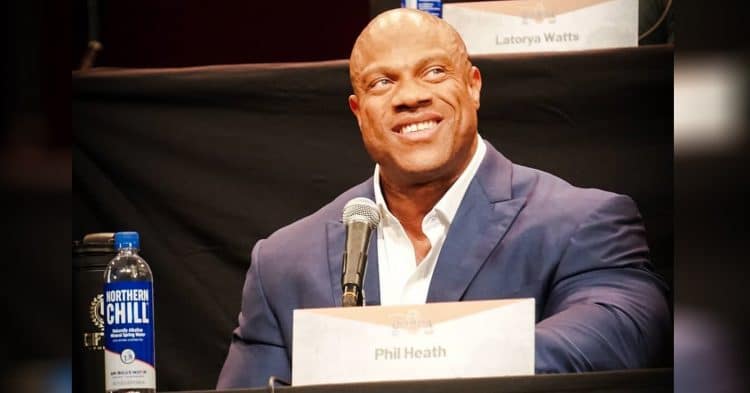 Seven-time Mr. Olympia Phil Heath is competing for the first time since losing in 2018. While some would say that this was a big setback for him, he actually considers it to be one of the best things to ever happen to him.

When he dropped the title to Shawn Rhoden in 2018, Heath decided to take some time away from the sport. His midsection is what largely cost him the victory against Rhoden, so he wanted to take some time to heal up and rediscover his motivation for competition. It seems that he found what he was looking for, as he is prepared to make the walk again this weekend, returning at the 2020 Mr. Olympia to try to earn his eighth title.

Naturally, since he has not competed since his loss to Rhoden, fans have been wondering how Phil Heath has handled this setback. While some would describe his loss to Rhoden as heartbreaking, this was not the case for Phil. Speaking at the press conference before the 2020 Olympia, Phil actually said that losing was one of the best things to ever happen to him.

“Essentially, I got into the sport for a reason,” Heath said. “That’s to have a dream, being able to accomplish that dream, and continue to be on that path of personal excellence. Along that journey I learned a lot, and the best thing that happened to me was actually losing in 2018.

That was the best thing that happened to me. And then taking a step back, getting recovered, and then being able to really focus on the mastery of myself as a man, not just a bodybuilder.

“When I was able to watch the show last year, I was able to find that spark,” Heath continued. “That was something that I thought ‘Wow, that’s all I needed.’ Then I realized that winning seven in a row, there’s only so many people that can say that.

We already know this. But then I realized that winning eight, is just something that only two other men can say they’ve done. I just realized that there was some unfinished business.”

Phil Heath will certainly have the chance to redeem himself, this weekend at the 2020 Mr. Olympia. He has a lot on the line this year, and if he is able to win his eighth title, that will undoubtably be one of the greatest comeback stories of all time.