How To Watch The 2020 Mr. Olympia Finals – Preview – Live Stream

It's here folks! The biggest competition in fitness and bodybuilding is underway and if you haven't figured out how to stream the event, then keep reading for full details. 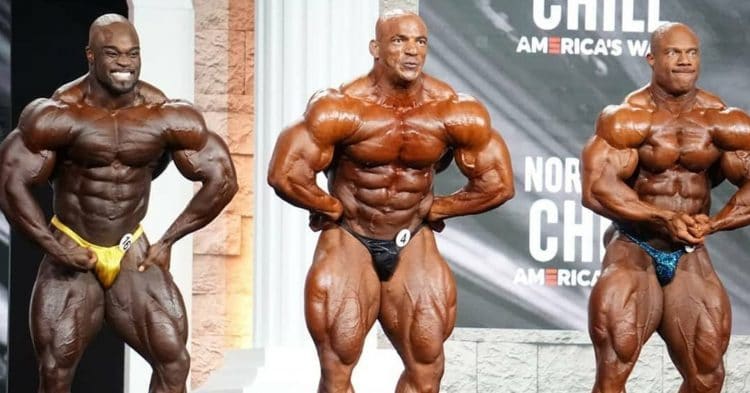 The 2020 Olympia is finally here ladies and gentlemen and it’s the moment a lot of us have been waiting for, especially seeing as there was a possibility there’d be no event this year due to Covid-19.

But it’s on and the world’s best competitors from several divisions will take the stage December 17-20 to battle it out for the most prestigious trophy in the sport.

With that being said, we’re assuming you’re here because you’d like to know how to stream the events since you couldn’t be there in person.

No worries, we’ve got you covered.

Keep reading to learn more about this year’s changes and how you can watch the event from where you are on any device!

Changes To The Olympia This Year

Let’s talk about some of the most notable changes to the Olympia this year.

As you may or may not know, the Olympia was sold by American Media LLC earlier this year to Wings of Strength owner Jake Wood who said he wanted to “bring the event back to the fans“.

Shortly after, Chief Olympia Officer Dan Solomon announced that the Olympia would move back to the Las Vegas strip at the request of fans, athletes, sponsors, etc.

Although, it would be pushed three months back to December so that competitors could have the chance to qualify for the big event.

However, the plans would once again change which forced the Olympia to quickly move the event to the Orange County Convention center in Orlando Florida due to gathering restrictions.

The dates are still the same though.

Another very big change this year is that the Olympia has decided to offer two PPV packages for the competitions. Therefore, we won’t be able to watch the competitions for free as we did years prior.

The good news is that there is a free live stream option called the “Fan Channel,” although it will be much more limited in content.

The PPV packages can be purchased through the streaming service Olympia TV on Olympiaproductions.com, where you can also access the free live stream.

Watch the events from anywhere on most devices. You can also check the website to make sure your device is supported for streaming.

Here are some details on the two packages and the fan channel.

Note: The video mentions a discount for either PPV package purchased before December 9th, but it’s no longer offered at the time of this update.

If you prefer to not spend money on the PPV packages; this is the best option for you!

Now, you won’t be able to see any of the competitions on the Fan Channel. But… it is the only place where you’ll be able to watch the Expo; an event where fans get to meet athletes and celebrities.

So, if you’ve purchased a package, then you may still want to keep an eye on the Fan Channel to see the Olympia Pavilion events.

Note: The Premium package does not include the Amateur events.

Note: This package only features the Amateur events.

Earlier this year, we learned that the Ms. Olympia (Women’s Open Bodybuilding) competition would return to the event after five years.

Well, this is no surprise considering Wood is the owner of Wings of Strength, a competition that still features Women’s Bodybuilding.

But even bigger news is that 10x Ms. Olympia champion and the winningest Olympia competitor male or female is returning in 2020.

That’s right, Iris Kyle will look to make it eleven wins on her resume. She was the most recent Ms. Olympia champion winning the title in 2014 because they went away with the division at the event.

But it won’t be easy this time around as there are several fierce competitors including 2020 Wings of Strength champ Andrea Shaw and runner-up/top contender Helle Trevino.

Make sure to check out the 2020 Ms. Olympia Preview and Top 6 Predictions

Perhaps the biggest attraction at the 2020 Olympia will be the return of 7x Mr. winner Phil Heath. He began his reign in 2011 after defeating 4x champion Jay Cutler.

However, in 2018, he was dethroned by Shawn Rhoden of which he came in second place.

But “The Gift” has unfinished business, although, we’re not so sure he’ll be able to just walk through the competition this year.

There are several competitors that could win the Sandow this year. You have the defending champion Brandon Curry who isn’t taking Heath’s comeback lightly.

Not to mention, last year’s runner-up William Bonac keeps on getting better and better. But then you have the Persian Wolf Hadi Choopan who was third behind Bonac in his Olympia debut last year of which many thought he should have won.

In addition, Big Ramy is coming back after a disappointing finish in 2018 and a year off. But if he can make the necessary improvements, he could be unstoppable.

And while we don’t want to leave anyone out, we also have to mention the legend Dexter Jackson who at 51 years old is still placing in the top 5 at the Olympia and 4th last year which is unheard of.

He won the Olympia in 2008 and is the winningest bodybuilder in the history of the sport. But, it’s more than likely he will retire following the 2020 Olympia and it’s going to be emotional yet exciting to see him in his last show.

There’s a whole lot to look forward to in the Open division.

You’ll also want to make sure to keep an eye on the Classic Physique division where Chris Bumstead currently sits at the very top among a very intimidating lineup.

Bumstead dethroned two-time champion Breon Ansley who had beaten him in 2017 and 2018. Well, many weren’t happy with the decision but they’ll get to settle their beef.

If Bumstead wins they’ll have two apiece but Ansley has other plans… to take him out.

With George Peterson (third last year) competing in the 212 division this year and Keone Pearson (fourth last year) taking this year’s Olympia off due to personal reasons, there may not be a lot of competition for these two either.

However, you still cannot dismiss any of the top guys. But let’s see what happens.

Also check out our preview and top 10 predictions for the 212 division that will also be exciting to watch.

Plus, you’ll want to make sure to keep up with all of the divisions as these elite athletes have worked extremely hard to get to the biggest stage there is.

We’re totally ready for this weekend’s events and we know you are too (you have to be)!

Fans, athletes, the Olympia, and everyone involved looks forward to this massive event that takes place every year and you bet we’ll be doing live coverage to keep you up to date with everything going on because you certainly won’t want to miss it.

Also, if you have any questions about the 2020 Olympia, leave your comments below and we’ll be happy to get back to you!

Catch all the action, live coverage, Olympia results and other breaking news at FitnessVolt.com/olympia/