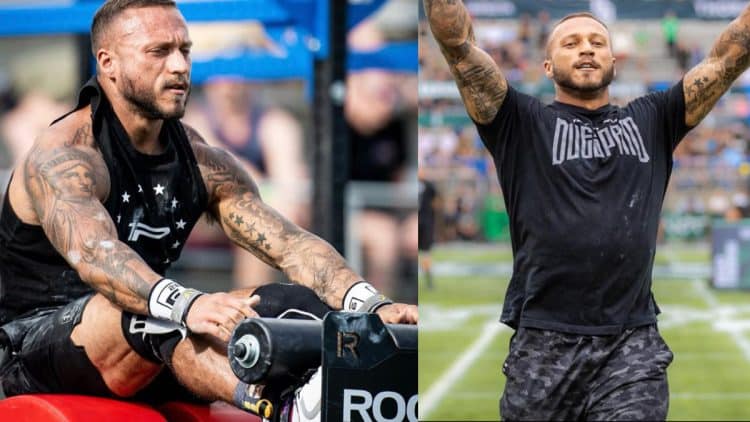 After finally securing his place in the CrossFit Games, Phil Toon revealed that he is dealing with a complicated situation, which could result in him missing out once again. Phil finished second at the 2022 Granite Games, which in turn resulted in a direct qualification for the Games. However, Toon now revealed that he has failed a drug test following his very successful Semifinal performance.

Phil Toon revealed the news through his Instagram Story and shared the exact document which CrossFit sent to him. Judging by that, Phil failed the drug test because his sample contained metabolites of drostanolone and nandrolone, which are considered Anabolic substances by CrossFit.

HisT/E ratio(Testosterone/Epitestosterone) was also over the allowed limit, but CrossFit will conduct more tests to determine if this happened naturally or due to some substance use. 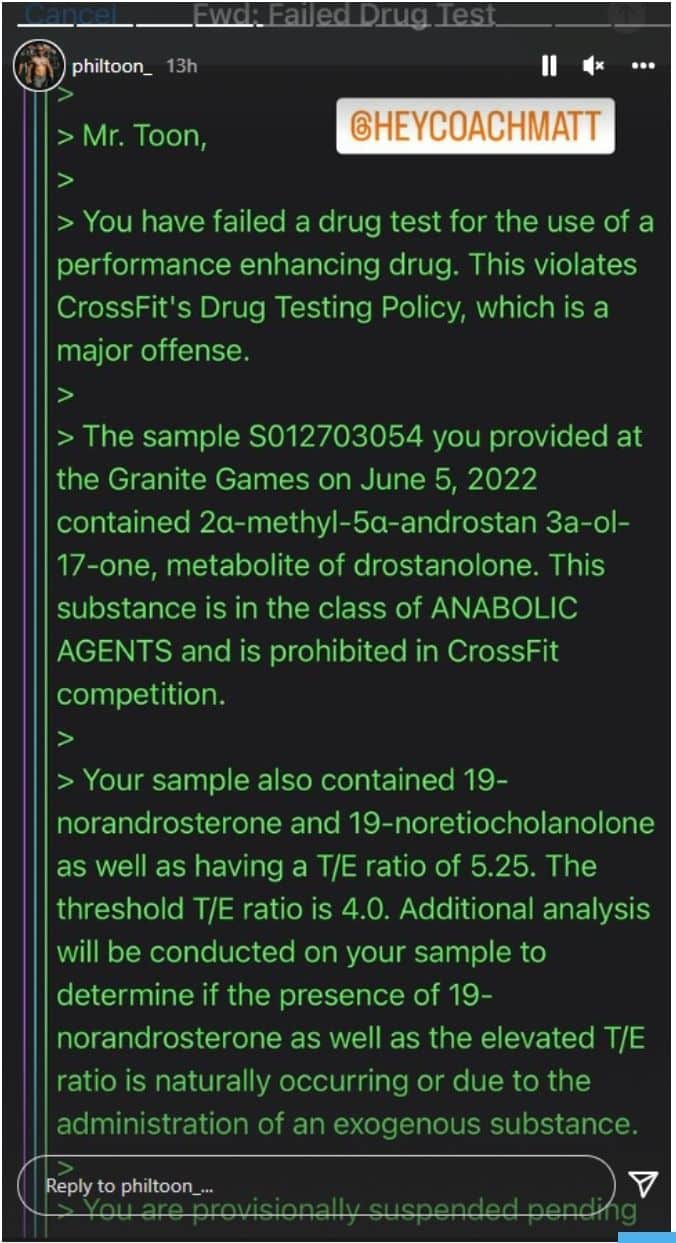 Phil Toon thinks that this drug test failure is because of his use of Finasteride, which his doctor prescribed to him in order to treat hair loss. He even shared his doctor’s message in which he recommends the use of it. That being said, Toon believes that they should ensure no penalty upon him since the drug has “no performance enhancement”.

CrossFit has also released a short statement which reads,

“On June 5, 2022, Phil Toon provided a sample at the Granite Games that contained metabolites of drostanolone. He has requested a B sample analysis.”

According to this, Phil Toon is requesting another test, which could overturn the first one. It is likely that this is the reason why he is Provisionally Suspended and not Disqualified. 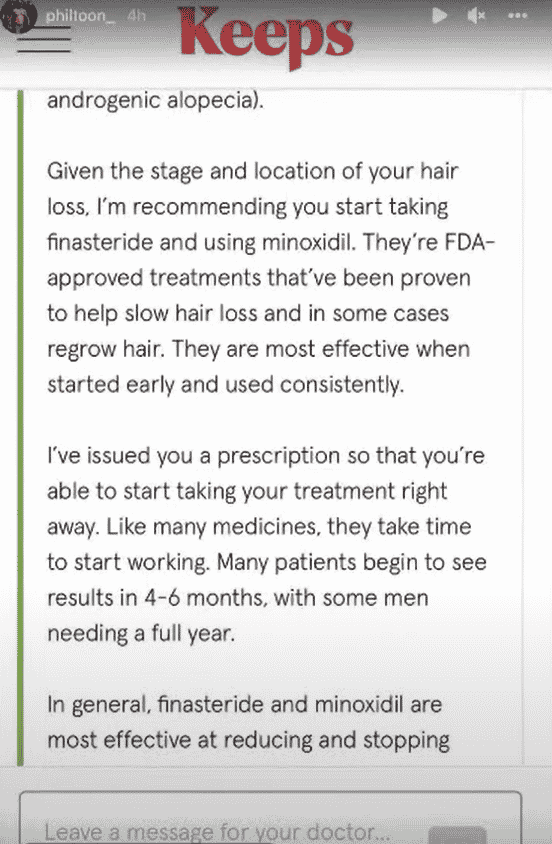 At 24 years old, Phil Toon has grown into a very impressive athlete. However, he has yet to take part in the CrossFit Games, which is definitely a big goal for him. The 2022 CrossFit Games, which are taking place from Aug.3-7, 2022, in Madison, WI, was supposed to be his first career appearance. However, the way things are going currently, Phil Toon will have to wait some more time to take part in the most prestigious CrossFit contest.

A few other athletes failed their drug tests this year, but  Phil Toon is currently the biggest name out of the bunch. We will now wait to see how his B sample analysis goes, and what happens if it also fails. It is not clear what the repercussions of his drug test failure will be, but suspension from this year’s CrossFit Games could just be the beginning.

The Best Plank Progressions and Variations for Stronger Abs