Shawn Ray: ‘You Can’t Point The Finger’ At The AMI For Shawn Rhoden Death, He Should’ve Let Bodybuilding Go 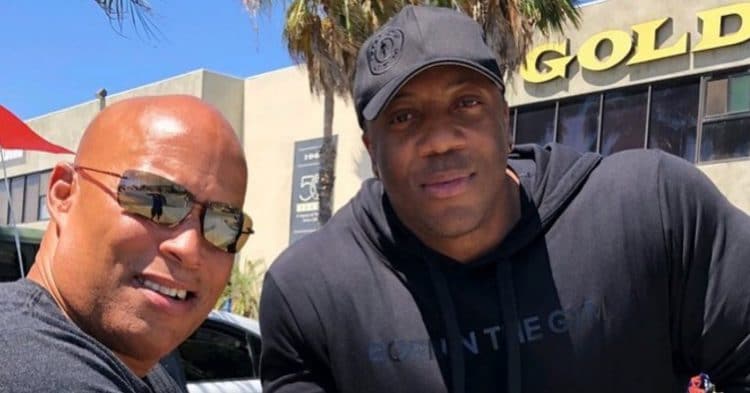 There was a lot of blame being passed around, regarding the untimely death of former Olympia winner Shawn Rhoden. However Shawn Ray believes that the majority of the blame for his death falls on his own shoulders.

Ray competed for about 13 years as a pro, before retiring at the age of 36 years old. Getting out of the sport at this age, and cutting back on the things he was doing, led to him having a healthy life outside of competition, where he is now able to still be an ambassador for bodybuilding, while not dealing with a ton of serious health issues at the same time.

This is something that Rhoden was unfortunately never able to do, dying from a reported heart attack at the age of 46 years old. Speaking in a recent interview, Ray explained that he feels like a big part of what led to his untimely passing, was the fact that he did not give up on trying to live like a bodybuilder, even when he was not able to compete.

“In Shawn’s case, Shawn was not training for the Olympia, there was no pending competition around the corner, and there was actually no reason to be walking around at damn near 300lb at this point in Shawn’s life. I think it was a big mistake that he was trying to continue this whole bodybuilding look, this whole bodybuilding lifestyle, with all of the mitigating factors,” Ray said.

“It was just a recipe for disaster for Shawn…There is no bodybuilder at 46 and 47, sans Dexter Jackson, and Albert Beckles, and Vince Taylor, that at that advanced age, is able to do something.”

Shawn Ray Sides With The AMI

The issue with the argument that Shawn Ray is making, is the fact that Shawn Rhoden was only hopeful to compete again because it was not his decision to stop in the first place. He was forced to by the AMI, following his arrest for charges of sexual assault in 2018.

Some have said that as time went on and nothing advanced with his court case or these accusations, Rhoden should have been allowed to compete again. However Ray believes that this was the right move by the AMI, and that they are not at all to blame for what happened.

“You can not point the finger at the federation for standing by their word. Listen, this is a rape charge. There’s three charges pending, it doesn’t matter that it’s being drug out. They need some conclusion, they need some results before they let you in to (compete),” Ray said.

“We can’t look back and try to erase the legal situation that Shawn’s in. Listen, that thing could’ve gone to trial and Shawn could’ve been found guilty. We don’t know, and now we will never know. It’s not something that we can look back in hindsight and pass the buck, in terms of stress, on AMI or the federation. The federation did the right thing, I think they’d do it again in any other circumstance.”

Whether you agree or disagree with the decision of the AMI or Shawn Ray, there is no denying the tragedy that was Shawn Rhoden’s death. It is a shame that there is a lot of closure that will never happen.