Is Rich Froning the greatest CrossFit athlete to grace this earth? 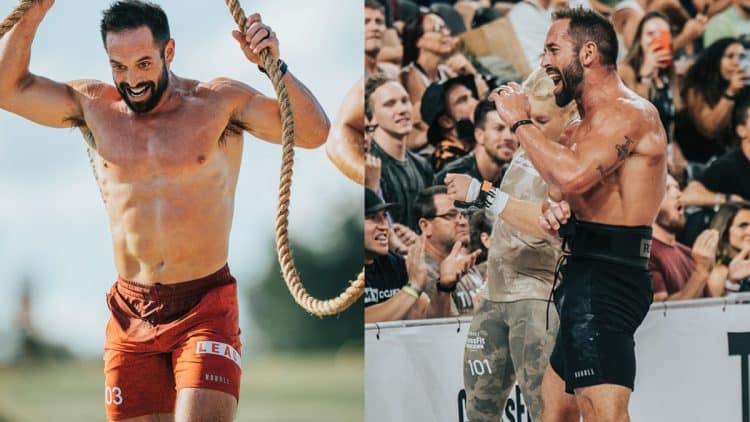 Every sport has at least one athlete that is considered the Greatest Of All Time due to his incredible longevity and consistency. Well, throughout CrossFit’s history, there hasn’t been anyone capable of matching Rich Froning in those aspects, as the man has been standing on podiums since before the sport got any major fame. With each passing year, he improved and built a legacy that will never be matched.

Amongst the impressive performances at the recent 2022 NOBULL CrossFit Games which saw Tia-Clair Toomey become the winningest Individual athlete with six titles, Rich Froning also claimed a milestone of his own. For the sixth time, Froning and his colleagues from CrossFit Mayhem won the Teams division. As a result, Rich Froning holds ten CrossFit Games titles, including four Fittest Man On Earth® and six Fittest Team On Earth® titles.

Before winning the 2022 CrossFit Games title in the Teams division, CrossFit Mayhem Freedom finished second in the CrossFit Open and won the CrossFit Quarterfinals and Syndicate Crown Semifinals.

Rich Froning actually became CrossFit’s first major superstar, which was exactly what the sport needed at the time. With that came many responsibilities, as Froning also became a sort of spokesman and ambassador for CrossFit. There was no one better to fill that position than Rich, who demonstrated professionalism and helped make the sport what it is today.

Froning won four consecutive Individual titles from 2011-2014 and was the winningest Individual until 2021 when Mat Fraser claimed the record with five wins. That being said, Fraser has openly admitted that he would have retired sooner, but wanted to break Froning’s record. So, Rich Froning’s legacy also led to many others pushing themselves even harder.

When Rich Froning retired from the Individual division, he decided to compete in the Team division. Of course, he found success very quickly, as he helped those around him progress very quickly. Froning ended up winning six titles in this division, but did so with new colleagues in many of those. The point is that it isn’t like he built a superteam and stuck with it all the time, but rather, he changed things up and won titles with new teammates each time.

So, for the past 12 years, Rich Froning has never finished lower than second. He also missed out on the 2020 CrossFit Games, as they did not feature the Teams division because of health and safety precautions.

Related: Where Does Tia-Clair Toomey Rank in Terms of CrossFit Greatness?

Although Rich Froning has been competing at the highest level of CrossFit for more than a decade, his performance at the 2022 NOBULL CrossFit Games showed that he definitely has a few more years left in him. However, the question is if Froning has the desire to continue competing after hitting the 10 title milestone. Nonetheless, his legacy will remain the greatest for a very long time, maybe forever.