Tia-Clair Toomey claims the title of the Fittest Woman on Earth® for the sixth time in a row. 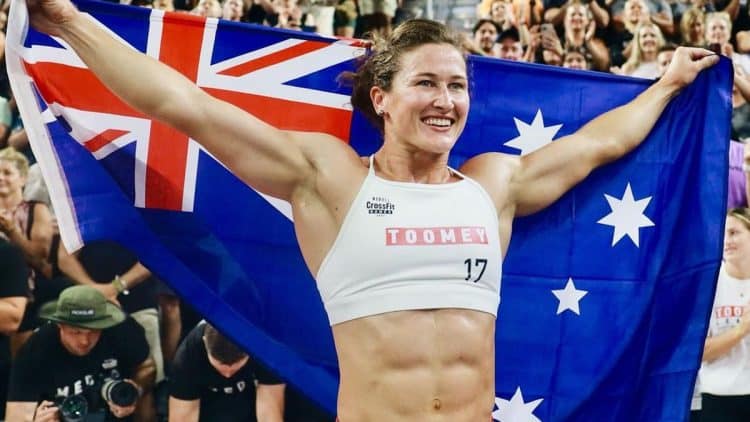 Many athletes strive to win the CrossFit Games, and even those who succeed struggle to defend their title. However, Tia-Clair Toomey has managed to win the CrossFit Games for six consecutive years and finally become the lone winningest athlete in the sport’s history. She previously had the same number of wins as the 5x Fittest Man On Earth®, Mat Fraser, but her win at the 2022 NOBULL CrossFit Games means that she is the only athlete with six titles.

At the beginning of the 2022 CrossFit season, many people started doubting Tia-Clair Toomey because of her temporary transition to bobsled. She gained some weight in that period and did not train for CrossFit. However, Tia-Clair and her coach/husband, Shane Orr, came up with a plan and obviously executed it perfectly. Tia-Clair placed second in the 2022 CrossFit Open, won the 2022 CrossFit Quarterfinals, and won the 2022 Torian Pro Semifinal. To wrap up an incredible season, Toomey once again became the Fittest Woman On Earth®.

Tia-Clair Toomey started off with a solid second place finish, but immediately ruined it with a 23rd place finish in the second event. In spite of many doubts about her shape, she did not take long to regain her confidence.

Having achieved the position of overall leader, she was impossible to overtake. In addition, Tia-Clair won the 2022 NOBULL CrossFit Games before the final event even started.

Now, we will have to wait and see what Tia-Clair Toomey intends to do in the future. Even though the future of the women’s division looks brilliant, Tia-Clair’s performances currently stand out above the rest. Thus, it is hoped that Toomey will continue competing in CrossFit until she feels she has given it her all.

As a debutant at the 2015 Games, Toomey finished a respectable second place, which was an impressive achievement. After placing second once more, she started what would eventually become an enduring pattern of dominance in CrossFit Games history for Individual Women.