Tia-Clair Toomey made history with her win at the 2022 NOBULL CrossFit Games, so let's compare her to other legendary athletes. 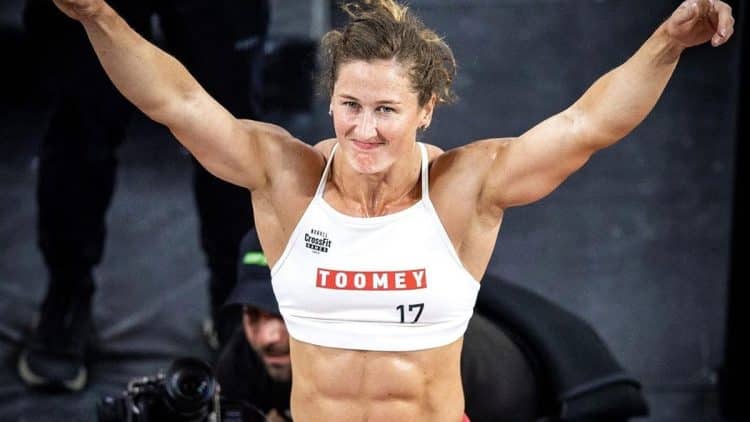 Tia-Clair Toomey made her CrossFit Games debut back in 2015, where she managed to get a silver medal. She followed that up with another runner-up finish in 2016 before scoring six consecutive events from 2017-2022. So, the fact that no one has won six editions of the CrossFit Games before, Tia-Clair’s ability to win all of them consecutively may be viewed as a great argument for her superiority.

Tia-Clair Toomey’s victory at the 2022 NOBULL CrossFit Games came after a hard battle with Mal O’Brien. Toomey had a pretty bad start relative to her standards, having slipped up on the second event. However, she remained calm and came back much better the next day, which resulted in her taking over the top spot. Obviously, Tia-Clair Toomey would not allow herself to mess up once again, so she lead until the end of the competition.

Aside from Tia-Clair Toomey, Mat Fraser and Rich Froning are also widely regarded as being among the best of them all. Fraser has won more Fittest On Earth titles than any other man, but his dominant performances have made him even more famous. Fraser confidently won four out of his five titles, with his closest battle resulting in a 35-point advantage over the second-place finisher. So, while Tia-Clair has the argument for more titles, Mat Fraser holds the argument for the biggest margin of victory. The 4x CrossFit Games winner (2011-2014), Rich Froning would finish third, as his victories were less dominant.

Related: Watch a Day In The Life Of Tia-Clair Toomey, Fittest Woman On Earth®

Despite having the least Individual titles and winning them by the smallest margin out of the three, Rich Froning definitely has reasons to be considered as the greatest of all time. He is the king of longevity, having competed for the past 12 years. While he did end his individual career a long time ago, Froning has been a part of CrossFit Mayhem Freedom affiliate, which has been crowned as the Fittest Team On Earth for the past six years (2015, 2016, 2018, 2019, 2021, and 2022). Thus, Rich has won competitions since the beginning of CrossFit, and has continued to do so even today.

The more research we do to find out who the Greatest Of All Time in CrossFit is, the more difficult it becomes. This is normal, as Toomey, Fraser, and Froning have competed in different time periods and against other people. There is always the possibility that someone among the three had harder opponents, so it is hard to judge them just based on stats.

We had the pleasure of watching these athletes compete, and the performances they delivered on every occasion were miraculous. Yet, new generations of athletes are now emerging, and it looks like a few might be able to live up to Toomey, Fraser, and Froning. The most notable pick is Justin Medeiros, as he just won his second consecutive CrossFit Games and has shown tremendous consistency throughout his career.