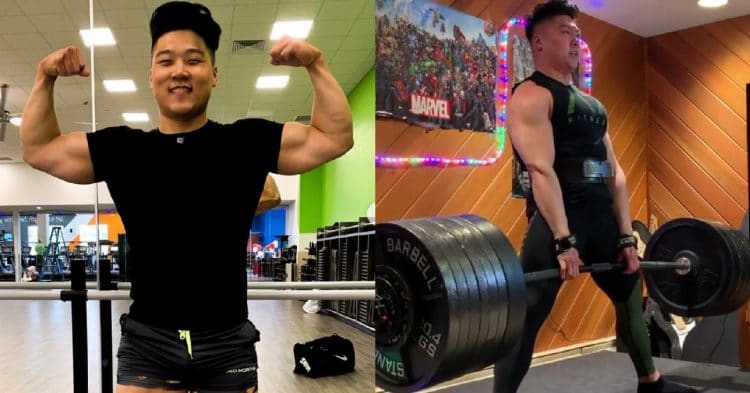 Rich Yun likes to refer to himself as the Korean Hulk. The reason for this was on full display recently, when he tore up a massive paused deadlift.

When it comes to young powerlifters in the northeastern region of the U.S., few people have made quite the impression that Rich has. Although he has not competed in a year in a half, he had some pretty strong performances in late 2018. From there, he has been staying busy in the gym, working on taking his game to the next level.

This growth was put on display recently when Rich Yun took to Instagram. Here, the Korean Hulk can be seen killing a whopping 700lb paused deadlift, seemingly with ease. He pulled it slow but smooth, which makes sense for it being, a new personal record.

To put in perspective how solid of a lift this was, his competition best is 672.4lb. So not only was this an improvement from the 660lb paused deadlift double he hit a few months ago, but he shot past his competition best by about 28lb. Regardless, he said that he has been able to do this for a double before, and that makes sense with how easily he pulled it.

Rich says he plans to reach a 750lb deadlift goal. He seems to be putting in the work to get there, improving slowly, day over day. Here he is, just a few days earlier, ripping two reps of a 685lb deadlift, in preparation for his new PR.

Rich Yun has his sights set on some big goals and seems to be doing the right things to achieve it. It will be exciting to keep watching his progress and see if he can make it to that benchmark.

On the heels of his world-record performances at the 2021 IPF Powerlifting Championships, Russel Orhii continues to hit amazing milestones...

Another day, another personal record conquered at the hands of Larry Wheels. This time around, it came from an impressive...

It has been a few months since the personal record wrecking machine himself, Larry Wheels was seen crushing some serious...

At just 20 years old, Serena Abweh has already become one of the most inspirational and promising young talents in...