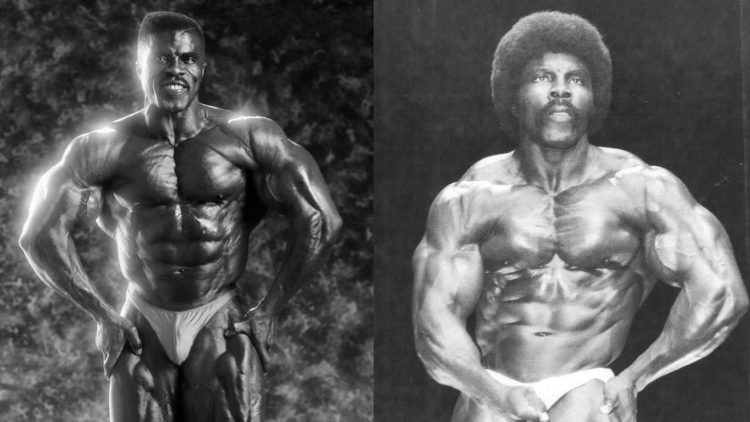 Known worldwide as The Black Prince, Robby’s start in life was far from auspicious. Bodybuilding was not a natural path for a black man born in the deep South in 1946. Thanks to TV’s Jack La Lanne, he began training at twelve years old, and by fifteen he was a high school football and track star.

Robby learned early on that his body responded to weights and began bodybuilding in earnest while still a teenager, constructing his first set of weights from scrap metal salvaged from a sawmill. In spite of racial jeers and questionable judging, he competed in over 300 amateur events while attending art school and later working at the Tallahassee Democrat. Bodybuilding was his avocation until he got a letter in 1975 from Joe Weider, luring him to Venice, California.

Robby arrived just in time to see Venice become the mecca of bodybuilding, thanks to Muscle Beach, Gold’s gym, and a dawning health consciousness movement. For Robby, who had never seen blacks and whites holding hands, Venice was paradise. He trained with the greats and was one of the stars of the “Pumping Iron” documentary.

He competed professionally for twenty-seven years, winning titles including the IFBB Mr. America, Mr. World, and Mr. Universe. However, he has always stood apart from the bodybuilding community, having spoken out for decades about the corruption of the business and later about the dangers of steroid abuse. That defiance earned him another moniker: the Bad Boy of Bodybuilding.

To escape the destructive politics of the business, Robby moved to Amsterdam for much of the 1980’s. He continued to compete, teach, and exhibit his “art” all over the world, from Germany to Hungary, Spain, Italy, Japan, and even in apartheid South Africa.

In 1994 he became the first IFBB Masters Mr. Olympia Champion over the Hulk, Lou Ferrigno. He went on to capture the over-50 title every year until he retired from professional competition in 2001 at the age of fifty-four.

If anyone can reverse the perception that bodybuilding is based on vanity, it is Robinson. His philosophy is that the body is a gift which can be molded into a beautiful piece of art if fed and trained properly. He calls his weights “the paintbrushes” which have helped him achieve a body so chiseled it resembles a sculpture. Like many artists, his goal has been to shock audiences with the possibilities of human expression and achievement. His art is visual, his training movements dance-like.

Now, at 65 years old and back in Venice, Robby still trains with an intensity that’s clearly evident in his DVD “Built.”

His website encourages a healthy approach to the practice of bodybuilding. His message steers people back to bodybuilding’s original intent: creating the ultimate art through proper training and nutrition.